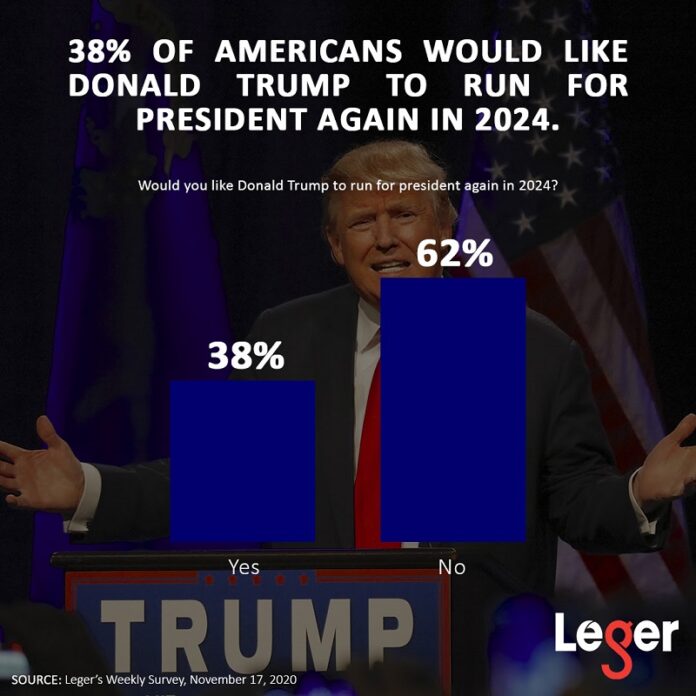 THE two most important issues for the next U.S. president are managing the pandemic (56%) and economic recovery (53%), according to Americans.
Other findings by Leger’s weekly survey:

* Over one-third (36%) of Americans and 71% of Republicans think the 2020 presidential election was fraudulent.

* 38% of Americans and 74% of Republicans would like Donald Trump to run for president again in 2024.

"We strongly recommend and ask everyone in B.C. to not travel right now, unless it is absolutely essential for work or medical care" DR. Bonnie Henry,...
Read more

SOUTH Asians in Surrey held a massive rally along Strawberry Hill Plaza on 72nd Avenue to express their solidarity with the protesting farmers of...
Read more

FRASER Health announced on Wednesday that with some restoration complete following the fire at Burnaby Hospital, it has now resumed regular admissions through the...
Read more