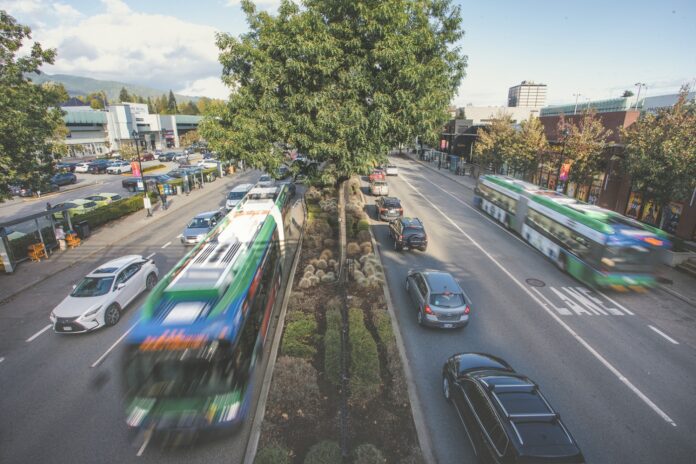 TRANSLINK and the municipalities of Delta and Surrey are seeking feedback on a proposed future RapidBus route that would provide faster and more frequent bus service to customers in Delta and Surrey. The R6 would operate primarily on Scott Road, home to the region’s fourth busiest route and the busiest route south of the Fraser.

To implement the new service, improvements need to be made to the corridor in both Delta and Surrey. Engagement participants are being asked to review the proposed changes, express their level of support, and provide comments and suggestions.

Some of the proposed improvements include:

Feedback gathered from the consultation will help finalize the proposed improvements. The R6 would operate in addition to Route 319, which would continue to provide local service along the corridor as well.

The proposed RapidBus route is projected to be in service by the end of 2023. Go to translink.ca/r6 to submit your feedback and participate now. The consultation runs until Friday, October 8.