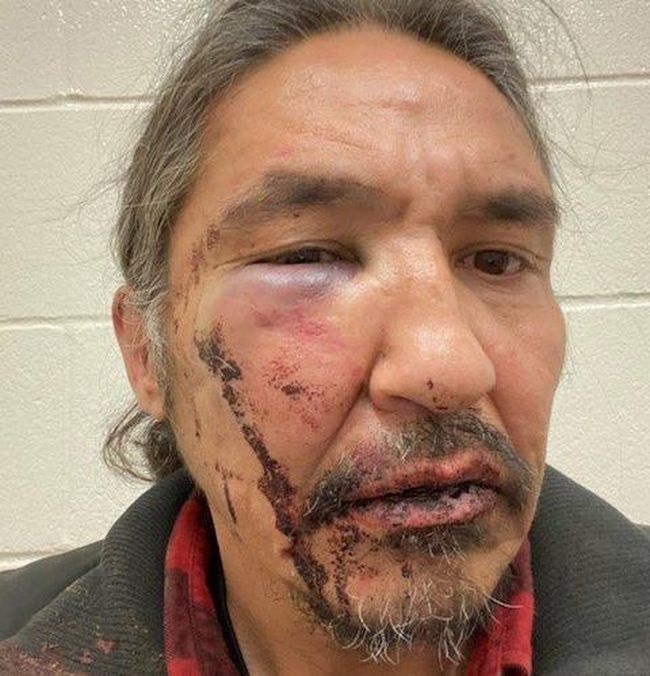 “The RCMP seem to lack an understanding of Indigenous peoples”

Williams Lake: The Tŝilhqot’in Nation is urging Canada to take action to address systemic racism, particularly between First Nations and the RCMP, as protests against police brutality and racism demand change in the United States, Canada and around the world.

In a statement on Wednesday, the Tŝilhqot’in National Government said: “First Nations communities in Canada have been calling on the government and RCMP to address systemic racism for years. This systemic racism is killing our people. First Nations in Canada have been coming forward to share their stories of racism and police brutality such as the story with Chief Allan Adam (see photo) of the Athabasca Chipewyan First Nation in Fort McMurray, Alta., and his encounter with the police back in March 2020. Last week RCMP in New Brunswick were called to do a wellness check on a young Nuu-chah-nulth woman, Chantal Moore, 22, and she was fatally shot five times. Countless other Indigenous people, such as Colten Boushie, Cindy Gladue and Neil Stonechild, have been victims of systemic racism.”

It noted that recently, Prime Minister Justin Trudeau, along with other federal ministers, addressed the incident and spoke to the long-standing systematic racism in policing that exists in Canada. Since the release of Chief Allan Adam’s story, the Alberta’s Serious Incident Response Team (ASIRT) has been directed to begin an independent investigation of the incident.

In an effort to address systematic racism in policing and improve relations between First Nations and the RCMP, the Tŝilhqot’in Nation is calling to reform and remodel training for the RCMP to include better First Nation awareness.

Chief Joe Alphonse, Tribal Chairman, Tŝilhqot’in National Government, said: “We stand in solidarity with the protests against police brutality and racism against black people, Indigenous people and people of colour in the United States and Canada. Our people have been taking a stand against racism for a long time. This is not new, but recent events have provided the opportunity for our people to come forward with their experiences of injustice. Like many other First Nations across Canada, we have had serious issues when it comes to the RCMP.  The RCMP seem to lack an understanding of Indigenous peoples. During the 2017 Wildfires, the RCMP threatened to take our children from our homes when we refused to evacuate our community and stayed to fight the fires ourselves. They failed to understand our Indigenous rights and authority. Further, they failed to understand the sensitivity of communicating in such a manner given our people’s history with residential schools. These are people who are left to uphold the law and they don’t understand indigenous people and how the institutions in this country have been created in a way that is implicitly biased. Training within the RCMP is needed so that we can better identify all the underlying issues, make recommendations and improvements and, from there, begin healing.”