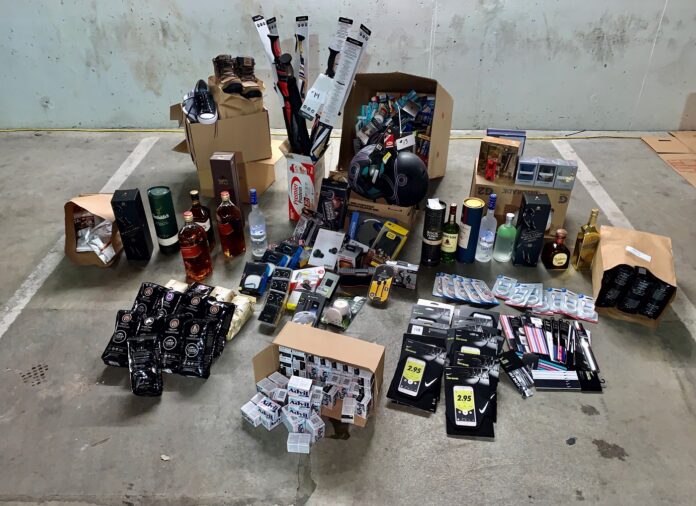 VICTORIA Police Strike Force officers arrested Gurjit Purewal, 50, and Manjeet Purewal, 41, and seized stolen property after they executed a search warrant at a business in the Burnside Gorge neighbourhood this week.

At approximately 8 a.m. on Thursday, June 3, Strike Force officers executed a search warrant at a business location in the 400-block of Gorge Road East. Strike Force’s investigation led them to believe that this business was involved in the buying and re-selling of stolen property. This is known as a “fencing operation”, in which the business acts as a fence, or middleman, that takes in stolen property from thieves and re-sells it for profit. The existence of a “fencing operation” serves as a marketplace for stolen property to be bought and re-sold.

Police said the Burnside Gorge neighbourhood has seen an increase in property crime over recent weeks. Strike Force, along with other Victoria Police resources, have been tasked with targeting this issue. By focusing on the business, Strike Force effectively disrupted a marketplace for stolen goods within the neighbourhood.

Strike Force officers arrested Gurjit Purewal and Manjeet Purewal who were associated to the business.

Police said this was a coordinated investigation that was led by Strike Force. However, the investigation involved officers from Patrol, the Community Services Division, and Detectives from the Major Crime Unit.

Victoria Police’s Strike Force is a covert investigation and operations unit and will continue to focus on property offenders within the community. Police said they rely on tips from the public; if you have information about property crime offenders in the community, you can call the Strike Force line directly at (250) 995-7260.