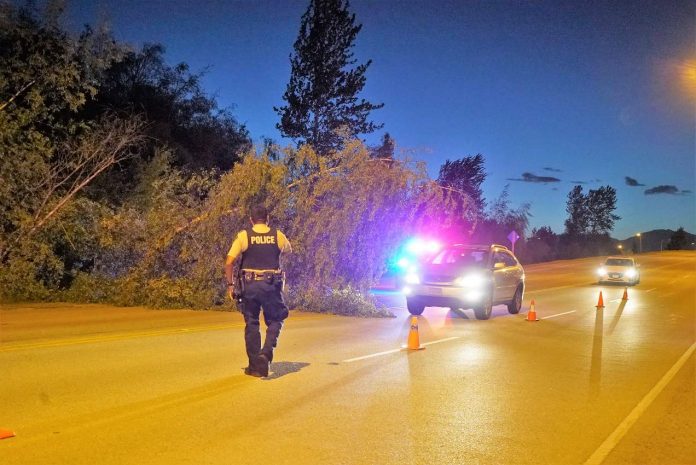 ACCORDING to a special weather statement from Environment Canada at 10:04 p.m., there remains a wind warning for the following areas: 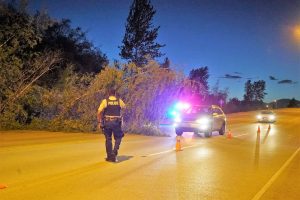 * North Shore – including West Vancouver and North Vancouver
There will be strong gusty winds over the South Coast Tuesday tonight.

A strong cold front has moved across the South Coast Tuesday evening bringing strong winds. Westerly winds gusting to 70 km/h will persist over exposed coastal sections behind the front, and wind warnings are in effect for Metro Vancouver and Greater Victoria where the gusts will reach 90 km/h.

These winds will ease overnight as the front moves into the Interior.

Meanwhile, many areas went without power. BC Hydro said in a statement: “Damaging winds have caused multiple outages to customers in the Lower Mainland, Vancouver Island, and the central Interior. We expect outages to increase until the winds abate.”

Many trees were also knocked down by powerful gusts, including this one that our photographer Sukhwant Dhillon got photos of on Road No. 5 in Richmond at 10 p.m.