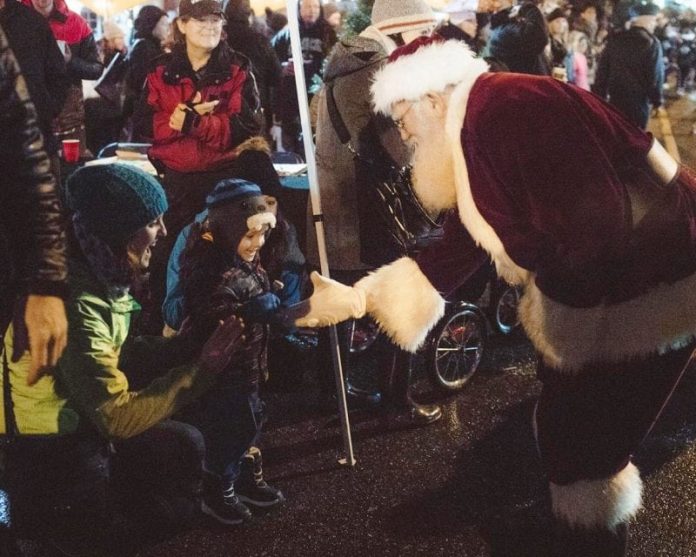 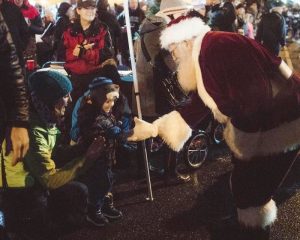 DESPITE a bit of rain, the 28th annual Winter Jubilee tree lighting and Christmas fair attracted record crowds to Downtown Abbotsford on December 2 from 5 to 9 p.m. More than 6,000 attendees packed Essendene and Montrose Avenues to kick off the holidays during Abbotsford’s popular free outdoor Christmas celebration.

The annual event has seen a significant spike in traffic over the years due to event improvements, new Downtown merchants, and a growing population of community-minded residents. In 2016 the annual tree lighting evolved into the “Winter Jubilee” as it’s known now, and was expanded to include more live entertainment, Christmas markets, photos with Mr. and Mrs. Claus, a beer garden and other festive activities for families. 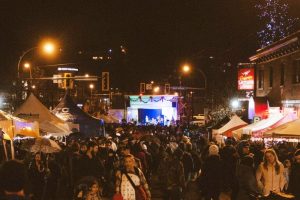 New in 2017 was the addition of a second stage, pony rides, bounce castle, face painting, balloon twisting and appearances by Christmas characters like Frosty the Snowman, The Grinch, Olaf, elves and Santa’s reindeer; plus more food trucks and vendors, and a larger craft beer and wine garden.

“We were delighted to be able to host this event again this year and are thrilled by the community’s enthusiasm for this annual holiday celebration,” said Dave Algra, President of the Downtown Abbotsford Business Association that hosted the event. “We’re already looking forward to next year’s Winter Jubilee on December 1, 2018, and hope to be able to add a few new surprises.”

The 2017 Winter Jubilee attendees enjoyed, among other things, live entertainment on two stages, three Christmas markets, Christmas carollers, fireworks and the arrival of Santa and Mrs. Claus with a short parade led by the Abbotsford Police Department and the 861 Silverfox Air cadets.