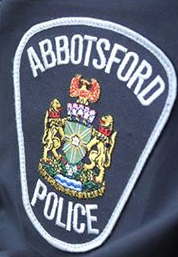 ON Monday, November 18, at approximately 10:41 p.m., Abbotsford Police patrol officers were called to the 33800-block of Mayfair Avenue for a report of two males pouring gasoline on a vehicle parked in a residential driveway. The suspects lit the vehicle on fire, however it was extinguished upon police arrival.

A red Nissan Sentra was seen fleeing the neighbourhood.

Shortly after this arson attempt, Abbotsford Police received a report of an explosion and vehicle on fire on King Road, near Bradner Road. Patrol officers located a stolen, burnt vehicle matching the description of the suspect vehicle from the Mayfair Avenue arson attempt.

Investigators are in the preliminary stages of the investigation; however, neither fire appears to have been a random event.

Male in his twenties shot in Abbotsford; four young males were shot on Saturday

Four males in their twenties injured in targeted shooting in Abbotsford