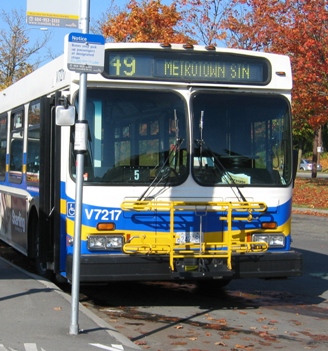 THE union representing TransLink’s bus operators and maintenance workers has announced a “complete system shutdown” for three days from November 27 if the Coast Mountain Bus Company management fails to reach an agreement with them.

Coast Mountain Bus Company said it is alarmed to learn the union will be taking the drastic step of shutting down Metro Vancouver bus and SeaBus service as part of its campaign for more money.

“It is completely unacceptable our customers are being dragged into this dispute,” says CMBC President Michael McDaniel. “Coast Mountain Bus Company is addressing the union’s complaints about working conditions as well as providing generous wage increases beyond what’s in other public sector settlements in British Columbia. The union is willing to disrupt lives of commuters to get the wages it wants.”

CMBC said the union’s wage demands equate to about $150 million more over 10 years than it has offered. Accepting these demands could result in increases in fares, fees, and taxes or endanger plans for much needed service expansion. CMBC said it is once more urging the union to rethink its wage demands and return to bargaining.