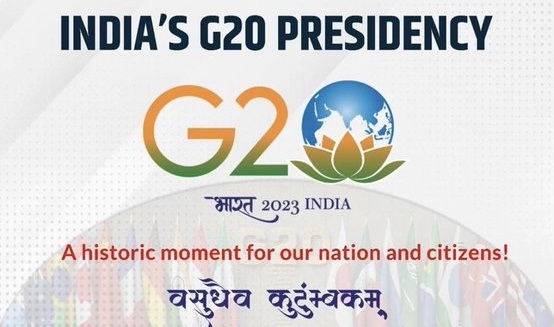 Amritsar (IANS): The city of Amritsar, home to Sikhism’s holiest shrine, the Golden Temple, that witnessed one of the bloodiest episodes in colonial India, a massacre of unarmed civilians in 1919, in northern India is gearing up to host a side event on education of G20 dignitaries next March.

Chief Minister Bhagwant Mann, who regularly reviews arrangements for making the event a huge success, sees an opportunity to brand the state as a preferred destination for drumming up trade and investment.

The Aam Aadmi Party (AAP) government in the state has sanctioned Rs 100 crore for beautification of the holy city, bordering Pakistan.

Mann has stressed that the quality of work should be of the highest so that it will benefit the residents of the city, the cultural capital of Punjab, for a long time.

India assumed the presidency of the G20 for one year on December 1 from Indonesia and will host over 200 meetings in over 50 cities across 32 different workstreams, and would have the opportunity to offer G20 delegates and guests a glimpse of India’s rich cultural heritage and provide them with a unique Indian experience.

The G20, or Group of Twenty, is an intergovernmental forum of the world’s 20 major developed and developing economies, making it the premier forum for international economic cooperation.

In his article, the Prime Minister said that India looks forward to a Presidency of healing, harmony and hope.

In the lead up to the G20 summit in Amritsar, widening of roads and lanes and cleaning of sewers and drains, among other beautification projects, are underway to make the city’s bustling markets cleaner.

The walled city, the seat of several Sikh organisations, including the Akal Takht, the highest temporal seat of the Sikh religion, and the Shiromani Gurdwara Parbandhak Committee, considered a mini-parliament of Sikh religious affairs, was founded in the late 16th century by Guru Ramdas, the fourth guru of the Sikhs.

Jallianwala Bagh, the site that witnessed one of the bloodiest massacres of the pre-Independence era when at least 379 civilians were gunned down on April 13, 1919, by the British India Army on the orders of Acting Brigadier-General Reginald Dyer, is another major tourist destination that is expected to be spruced up ahead of the G20 summit.

“This is a deeply shameful event in British history, one that Winston Churchill rightly described at the time as ‘monstrous’,” David Cameron wrote in the visitor’s book during his visit to the scene of the 1919 massacre.

David Cameron on February 20, 2013, became the first serving British Prime Minister to voice regret about one of the bloodiest incidents in colonial India.

Aiming to extend a warm welcome to the G20 delegates, members of the hospitality industry say spirituality, heritage and some traditional cuisine, all the ingredients nicely and properly blended will offer a recipe for a perfect memorable trip to Amritsar, some 475 kms from the national capital Delhi.

They say the guests will experience the Punjabi culture, heritage, colours and flavours by exploring the city’s old winding lanes housing grand heritage sites while enjoying the butter-rich ‘lassi’ in busy streets.

Before sunset, the dignitaries can visit zero point on the Attari-Wagah international border, around 30 km from Amritsar and 22 km from Lahore in Pakistan.

The flag-hoisting, ceremonial drill and Beating Retreat are daily events at the Attari-Wagah joint check post of India and Pakistan. The border guards stomp their feet and raise them high, besides shouting.

German Ambassador to India, Walter J. Lindner, in July last year had told IANS that he was spiritually rejuvenated after paying obeisance at Harmandir Sahib, popularly known as the Golden Temple.

Lindner, now an ex-German diplomat, said he was impressed with the world’s largest kitchen in the Golden Temple where on an average free fresh vegetarian meals are being served to 50,000 to 75,000 people all day and night and the number increases on weekends and special occasions.

The British took over Amritsar in 1840 A.D. The years under British rule saw the demolition of the outer walls of the city and rebuilding of gates, the construction of Town Hall from where they administered the city.