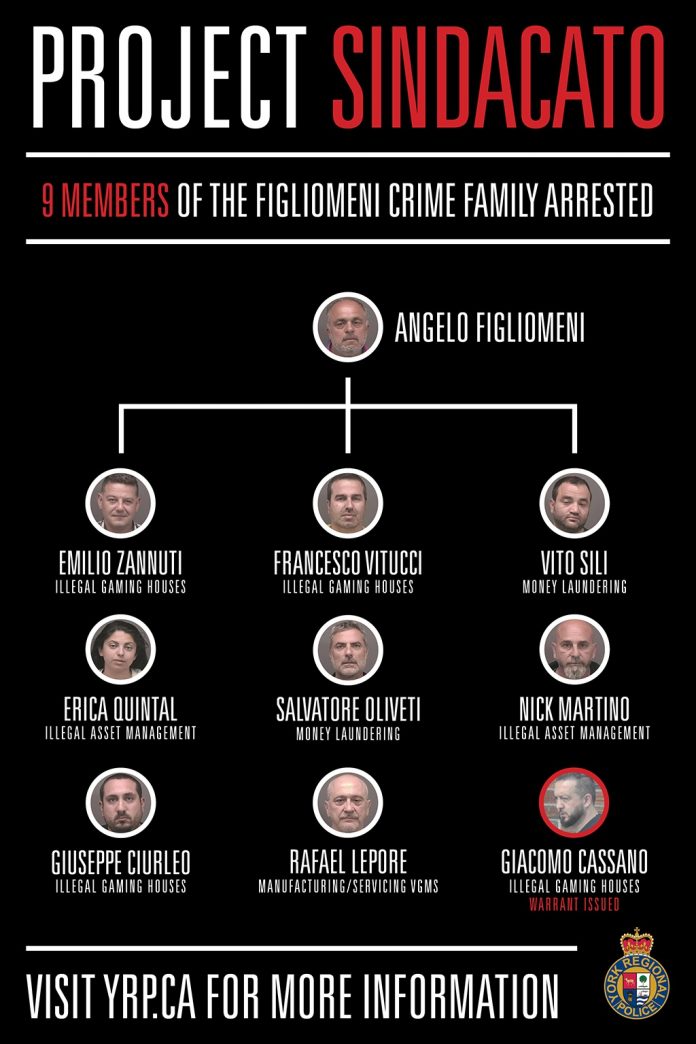 An investigation into the Figliomeni organized crime group began in early 2018, with a focus on its participation in a criminal organization, money laundering, loan sharking and illegal gaming. During the course of the investigation, intelligence gathered indicated that the criminal organization was acting under the direction of Angelo Figliomeni. Its criminal activities included illegal gaming operations in the City of Vaughan as well as an extensive money laundering system to hide the immense profitability from these activities, according to police.

“These arrests signify the fall of power for the most significant ‘Ndrangheta crime family operating in York Region,” said Chief Eric Jolliffe. “Over the past 18 months, we have invested heavily, using our finest and most highly-trained investigators to bring an end to this family’s international illegal gaming and money-laundering activities. We know that violence has occurred as a result of their activities and that our community is a safer place following these arrests and charges.”

Investigators also worked with the Italian State Police and on Thursday, July, 18, warrants were executed in Calabria, Italy, where multiple arrests were made.

Anyone with information is asked to contact the York Regional Police Organized Crime and Intelligence Bureau – Traditional Organized Crime Task Force at 1-866-876-5423, ext. 7818, or call Crime Stoppers at 1-800-222-TIPS, leave an anonymous tip online at www.1800222tips.com.