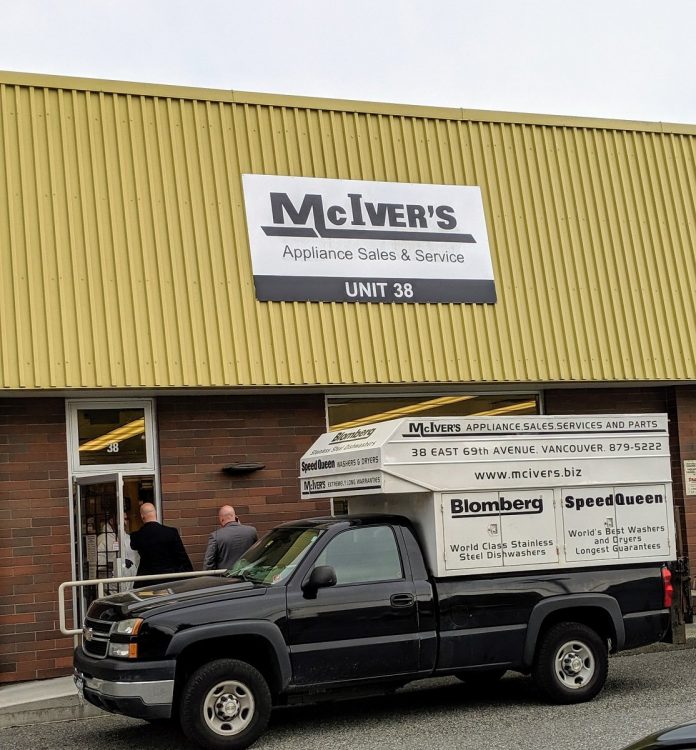 VANCOUVER Police announced on Wednesday they have arrested a 36-year-old Vancouver resident for the murder of long-time businessman John Leslie McIver.

A second-degree murder charge was approved by Crown counsel on Wednesday against Brian Roger Holt, who has been remanded until his next court appearance.

McIver was found dead inside McIver’s Appliance Service and Sales Store shortly after 8 a.m. on June 26. VPD investigators believe the homicide was targeted.