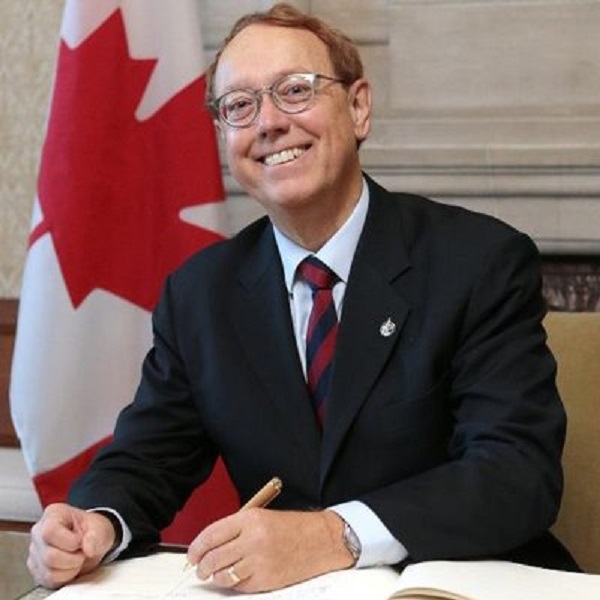 Rankin was first elected as MP for Victoria in 2012 and, until recently, served as the New Democratic Party’s Critic for Justice and for the Attorney General. He also served as Vice-Chair of the Standing Committee on Justice and Human Rights. Previously, he was critic for various portfolios, including National Revenue, Pensions, and Health.

Prior to serving in Parliament, Rankin was a Professor of Law at the University of Victoria, where he taught administrative and environmental law. He helped build legal organizations such as West Coast Environmental Law, the Land Conservancy of British Columbia, the BC Public Interest Advocacy Centre, and the Environmental Law Centre. Working with the provincial government, he negotiated treaties with First Nations and shaped British Columbia’s laws for privacy and freedom of information.

Rankin earned a Master of Laws from Harvard University (LL.M.), after graduating from the University of Toronto with a Bachelor of Laws (LL.B.).

The NSIRA has the authority to review any activity carried out by the Canadian Security Intelligence Service or the Communications Security Establishment, and any national security or intelligence-related activity carried out by federal departments and agencies. To fulfill its expanded mandate, the NSIRA will have full access to all information held by the Government of Canada, including classified and sensitive information, with the sole exception of information that is subject to the confidence of the Queen’s Privy Council for Canada.

The NSIRA will work to ensure that Canada’s national security agencies are complying with the law and that their actions are reasonable and necessary. It will have full and independent authority to determine what government activities to review, and be able to hear public complaints related to the activities of Canada’s security and intelligence agencies.

To promote transparency, the NSIRA will present annual reports to the Prime Minister on its activities, which will also be tabled in the House of Commons and the Senate.

The other new member of the NSIRA, appointed on the advice of the Prime Minister, is Craig Forcese.

The four remaining members are past members of the Security Intelligence Review Committee, who will continue to serve for the remainder of their original terms: Pierre Blais, L. Yves Fortier, Dr. Ian Holloway, and Marie-Lucie Morin.

The NSIRA assumes the review and complaints functions of the Security Intelligence Review Committee and the former Office of the Communications Security Establishment Commissioner. The NSIRA will also hear certain complaints regarding the RCMP.

The NSIRA will complement the important work of the National Security and Intelligence Committee of Parliamentarians. Together, they will provide comprehensive scrutiny of Canada’s national security and intelligence activities.

The NSIRA was created under the National Security and Intelligence Review Agency Act, which received Royal Assent on June 21, 2019.

The NSIRA will review activities undertaken by the Canadian Security Intelligence Service, the Communications Security Establishment, and national security or intelligence related activities of the Royal Canadian Mounted Police, the Canada Border Services Agency, the Department of National Defence, Global Affairs Canada, the Department of Justice, and others as needed.