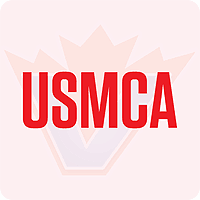 CANADA’S unions say the new United States-Mexico-Canada Agreement (USMCA) represents some points of progress, but are raising concern over protections for some Canadian workers.

“Workers across the country will be happy to learn that NAFTA’s Chapter 11 has finally been eliminated from this trade agreement,” said Canadian Labour Congress President, Hassan Yussuff. “Decades of unfairness have cost Canada over $300 million in penalties and fees and made it clear that the investor-state dispute settlement clause was working against our national interest.”

Canada’s unions are also pleased to see the side agreements on labour moved into the main agreement, now subject to a state-to-state dispute resolution process. “The USMCA gets it right on labour provisions, including provisions to protect workers against employment discrimination on the basis of gender,” said Yussuff.

Protections for the Canadian auto industry, including exemptions from tariffs and labour value requirements, were welcomed by the unions. The agreement also maintains exemptions for cultural industries and expands these to include digital industries.

Intellectual property provisions will be strengthened under this new agreement, extending pharmaceutical drug patent protection to 10 years. “Drug costs will rise as a result of this deal. Now more than ever, Canada needs a universal, single-payer prescription drug program to cancel out the impact of mounting costs on Canadian families,” said Yussuff.

Access to Canadian dairy was a focus through the negotiations. Under the new USMCA, US dairy producers will have access to 3.59% of Canada’s domestic milk market. “The federal government must take necessary measures and provide compensation to workers who will be negatively impacted by these concessions. Canada’s unions are concerned and seeking more details on provisions around egg and poultry exports and imports,” said Yussuff.

Yussuff expressed disappointment that the elimination of US tariffs on Canadian steel and aluminum products was not part of the new agreement. “The illegal steel and aluminum tariffs imposed by the US earlier this year should have been lifted with this agreement, and I urge the Canadian government to redouble its efforts to eliminate these tariffs,” he said.

Canada’s unions say they will be reviewing the agreement more closely in the coming days and will continue to monitor ongoing discussions, as full details of the agreement have not yet been made public.