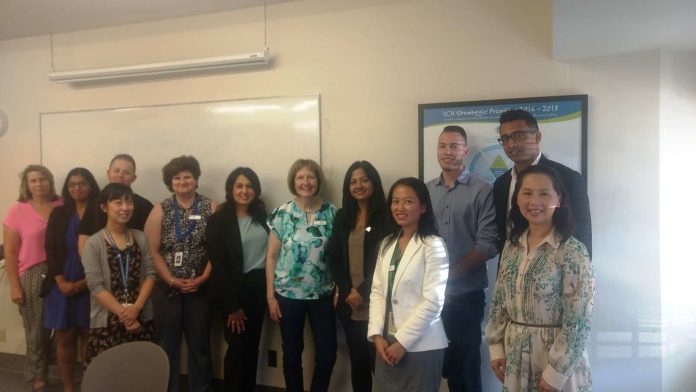 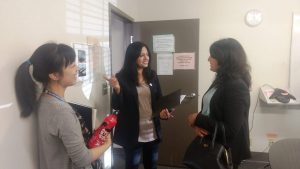 SONIA Sidhu, MP for Brampton South completed a week of cross-country consultations last weekend with a meeting at the Richmond General Hospital in B.C.

Sidhu serves as Chair of the All Party Diabetes Caucus, and is a member of the Standing 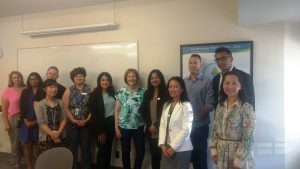 Committee on Health. As a former healthcare professional with a passion for diabetes education and prevention, Sidhu led the charge on caucus on consultations with Canadians this summer.

Following nine consultations in the GTA, 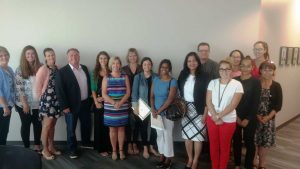 including one with healthcare professionals in her riding of Brampton South, Sidhu visited community members in Ottawa, Montreal, Winnipeg and Vancouver, while engaging residents of Halifax, Alberta, and Nunavut by teleconference. In addition, she has welcomed comments from Canadians through a special section on her website.

The consultations line-up with several ongoing consultations opened this summer by Health Canada, relating to Canada’s Healthy Eating Strategy, Revising Canada’s Food Guide, and sought comment on an initiative to restrict the marketing of unhealthy foods to young Canadians.

“This is an important conversation for all Canadians,” Sidhu said. “Diabetes impacts Canadians across the country, and as the government proceeds with a new Healthy Eating Strategy, I wanted to ensure those who live with diabetes, and those who help patients with diabetes, had an opportunity to talk to their federal government about the particular considerations between diet, healthy living, mental health and diabetes.”

“The health of Canadians is essential to growing our economy, maintaining healthy communities, and thriving on the world stage,” she added. “We need to take seriously the impacts of diabetes on the 11 million Canadians who are impacted by it and prediabetes.”

Upon collecting feedback from Canadians, Sidhu will submit a report to Health Minister Jane Philpott in correlation with the ongoing consultations.

She said: “It is important that the minister sees what Canadians are saying about their experience with this rapidly spreading epidemic of diabetes.”

Ontario’s Peel Region, from which Sidhu hails, is known nationally as a hub of diabetes, with almost one in three residents living with the effects of diabetes or prediabetes. The costs on the health care system associated with diabetes reach up to $7 billion, and as the prevalence of diabetes and prediabetes grows, the costs are expected to rise accordingly.

The All Party Diabetes Caucus is mandated to working together to advocate on behalf of the millions of Canadians impacted by this disease, and work through legislative channels to improve treatment and care, and increase prevention across Canada.

SURREY RCMP are looking for your help to identify a man who sexually assaulted a woman in Newton this summer.
Read more