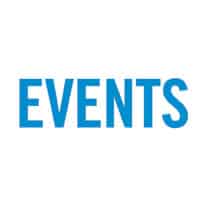 Bring your family and friends for fun summer experiences each week at the Farmers Market, Village Vibe Performing Arts Series, Music in the Square, and Cinema Under the Stars—all free events taking place at Leigh Square and local parks! Here are the events for the fifth week of Summer in the City.

Cinema Under the Stars at GATES PARK, Moana – Friday, August 4 at 8:45pm
This week’s feature is Moana. On a mystic island off Oceania in the South Pacific, young princess Moana Waialiki is the feisty teenage daughter of the chief of her tribe, and the only daughter in a long line of navigators. When her family needs her help, she sails off across the open Pacific ocean on an epic adventure to save her people. Joined by the energetic, less-than-humble, once-powerful demigod Maui, Moana is determined to prove herself a master way finder and to fulfill her ancestors’ unfinished quest. Along the way, she discovers her own identity on the mission, which also pits her against impossible odds and enormous monsters. This evening of Cinema Under the Stars is sponsored in part by G&F Financial Group.

Village Vibe — Saturday, August 5 from 2 to 4pm at Leigh Square
Music Education featuring performers from the Tri-City School of Music! Located in downtown Port Coquitlam in the heart of the Tri-Cities, the Tri-City School of Music offers private instruction for ages 5 to 95 in piano, voice, violin, cello, classical guitar, and choir. Learning music together is a wonderful opportunity for the students to build lasting friendships. A Ukulele demonstration will follow the performances. Audience participation is encouraged! For more information visit tricityschoolofmusic.com

The Burnaby Summer Theatre group will follow with a live performance of Driven by Clockwork, their adaptation of Alice in Wonderlands Tea Party.

Music in the Square —Sunday, August 6 from 2 to 4pm at Leigh Square
Rumba Calzada originally formed in 1991 by Boying Geronimo and now headed by his son, Raphael Geronimo, Rumba Calzada has been a favourite with Vancouver’s Latin Jazz and Salsa enthusiasts for over 20 years. Their CD, Volume 3, has been nominated for various awards including 2002 Westcoast Music Award, a 2002 Canadian Independent Music Award and a 2002 Juno Award. www.rumbacalzada.com

The Summer in the City Festival of Arts, Culture & Entertainment is presented by Leigh Square Community Arts Village and the City of Port Coquitlam’s Recreation department and is sponsored in part by the Tri-Cities News, G&F Financial and Alliance Printing. Stay updated about all our Festival events by “Liking” us on Facebook.