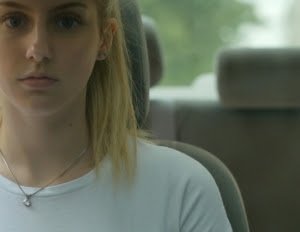 JUST in time for grad season, Delta Film Academy students have created a new public service announcement for Delta Police about the risks of driving while high on marijuana.

The project began in fall 2018, when a Delta Police Drug Recognition Expert – Constable Grayson Smith – came in to speak with the Film Academy students about drug-impaired driving. At the time marijuana was just in the process of being legalized in Canada.

He had a frank discussion with the students, only some of whom had reached driving age, about the impacts marijuana could have on drivers, and what he had seen as a police officer. Delta Police have officers trained to detect drug-impaired driving working on every shift.

The resulting 30-second film was created by a team of nine students, from grades 9-12.

“We looked at other PSAs that were out there, but the students didn’t want to make it too serious,” said Jennifer McKee, drama teacher and teacher coordinator at Delta Film Academy. “Instead they opted to pull you through the experience of going to through a party – it’s cool, and easy – and then it’s not funny anymore,” she explains.

The students – under the guidance of their teachers – had complete free rein on the project, as Delta Police Department opted not to give them any restrictions or guidelines, other than asking for something that could be shared readily on social media. The final idea was developed by grade 9 and grade 11 students, and a grade 9 student directed the film. Older students acted in the PSA.

“The students were so resourceful,” says Harbott, who admits she gave them no budget at all to work with. That meant they had to really focus on storytelling.

“I was very impressed by their work,” says Delta Police Chief Neil Dubord. “It’s great that they chose a subtle way to get the message across, and the acting and caliber of the video is excellent. Who better than teens to help get the message out to other young people about the risks of driving impaired by drugs?”

The PSA video the students produced is at https://youtu.be/5S3X9U4P-7Y. You can also find information about what you need to know before you drive, if you’ve smoked or consumed marijuana, at https://deltapolice.ca/cannabis/#DrugImpaired.