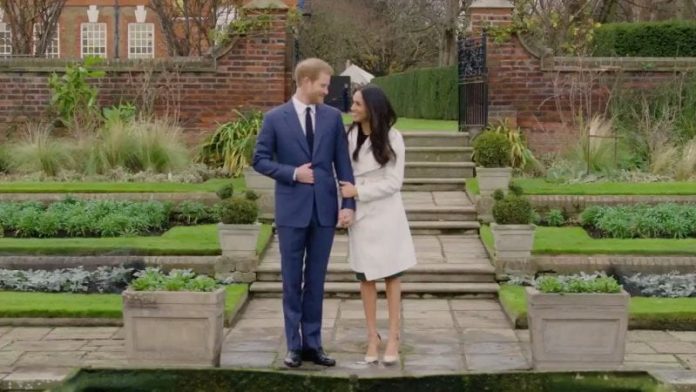 ROYAL watchers, get ready to dust off your fascinators.
Prince Harry and Meghan Markle are engaged to be married, the Prince of Wales announced today.
Sarika Bose, UBC lecturer in Victorian literature and royal expert, discusses the nuptials, what it means for the Royal Family and Markle’s future career as an actress.

Why is the engagement of Prince Harry and Meghan Markle significant?

This is a groundbreaking alliance for many reasons. Markle is a commoner, she is divorced, an actress, not English, and ethnically different. In addition to her African-American mother, there are rumours that her father has Jewish heritage. In the eyes of conservatives, both of these could have been barriers to a marriage.
Despite these perceived barriers, Markle is well suited to the role of marrying the fifth person in line for the British throne. Although she is a performer at first glance, she has also worked as a World Vision Global Ambassador and as an advocate for political participation and leadership for women through the United Nations. Her engagement with social justice issues certainly provides some preparation for her royal duties.
Having supported some causes on her own indicates her experience in charity work, and give her credibility as a knowledgeable, committed and serious patron. One of the chief duties of both senior and junior members of the Royal Family is to support charitable foundations and social causes. When Markle enters the Royal Family, she would be expected to choose charities to support and to be actively engaged. The types of issues she has spoken on in the past, such as political participation and leadership roles for women seem both current and forward-looking.

Why does the Royal Family have such strict rules about marriage?

Regulations about who a member of the Royal Family could marry or not were founded on the belief that a spouse who was not sufficiently high in status would lower the status of the royal establishment. King George III proposed the Royal Marriages Act in 1772, which gave the sovereign the power to veto a proposed marriage between a member of the royal family and a non-aristocratic or other “low-status” individual, and any marriage had to have the official consent of the monarch and the Privy Council. They also have to be given the official Royal Seal, without which, even an approved marriage was considered null and void.
The act caused controversy even at the time of its passing. Several members of the Royal Family, from the 18th to 20th century, did marry in contravention of the act, which affected their children’s legitimacy and succession rights, as well as property and power alliances. Marrying a person who did not fall into the approved categories of being aristocratic, Anglican, and never-married, did not merely lower the status of the Royal Family, but significantly affected future generations through closing various lines of succession.
It was not until March 26, 2015, that the Royal Marriages Act was finally repealed as part of the Perth Agreement. Instead of being able to veto marriages contracted by the majority of the royal family, the sovereign’s possible veto now only applies to the first six people in the line of succession: Prince Charles, Prince William, Prince George, Princess Charlotte, Prince Harry and Prince Andrew. Even after the birth of the new royal baby, Prince Harry would still be sixth in the line of succession, and would still need to ask the permission of the Queen and seek the approval of the Privy Council to marry. However, today, the Queen could only refuse permission on the advice of the Prime Minister.

What could this engagement mean for Markle’s future career as an actress?

There is a long history in England of considering members of the acting profession to be less than respectable. Although aristocrats and British kings such as Charles II and Edward VII had affairs with famous actresses (Nell Gwynn, Lillie Langtry), there was no expectation of marriage on either side, whether an actress gave up the stage or not.
Markle’s future as an actress is in serious jeopardy when she marries Prince Harry. Although times have changed, think of Grace Kelly, with her stellar film career when she married Prince Ranier of Monaco in the 1950s. Her film career had to stop completely, and she only made one or two charity films after her marriage. Within the current British Royal Family, Prince Edward also had a dream of being an actor, but it was not a career that could be considered. He has produced and narrated some documentaries on royal history, but that is the closest he has been able to come to leading a professional life.

Prince Harry and Ms. Meghan Markle are "thrilled and happy" to be engaged. pic.twitter.com/HBz30SbZVE

Prince Harry and Meghan Markle: How racist are the British?