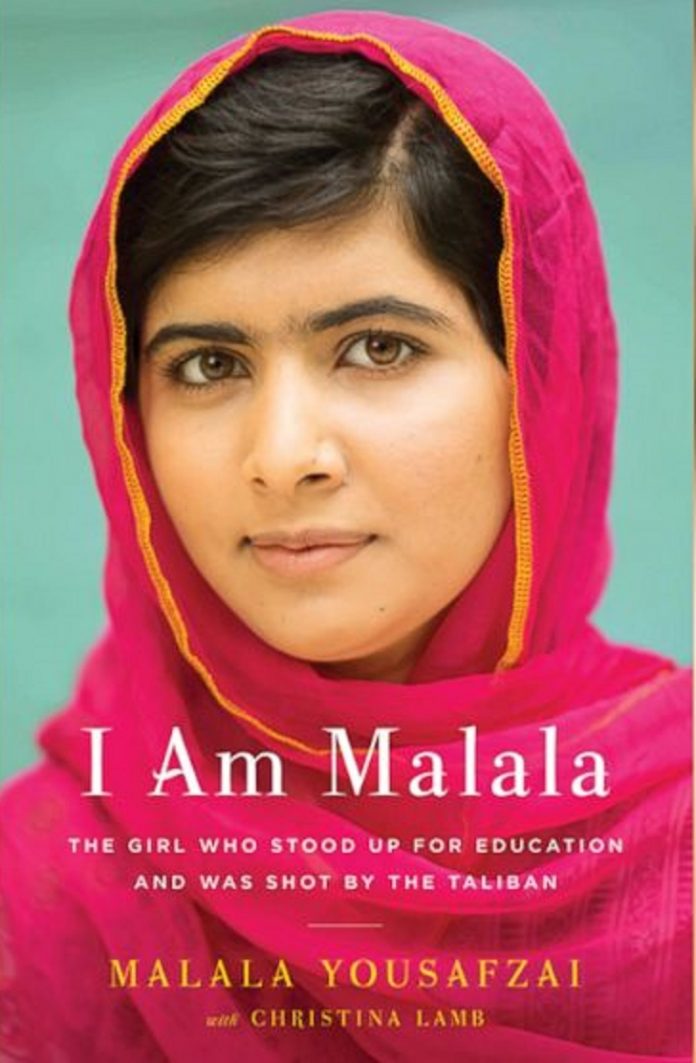 MALALA Yousafzai on Wednesday became the youngest person ever to address Parliament and the sixth person to receive honorary Canadian citizenship.

Here are excerpts from her prepared text:

“This is my first trip to Canada, but not my first attempt. On October 22, 2014, my father and I landed at the Toronto airport, excited for our first visit to your wonderful country.

“We soon learned that a man had attacked Parliament Hill — killing a Canadian soldier, wounding others and threatening leaders and civil servants in the building where I stand today.

“Canadian security professionals advised us to reschedule. With sorrow in our hearts, we headed back to England, promising to return to Canada one day.

“I am a Muslim and I believe that when you pick up a gun in the name of Islam and kill innocent people, you are not a Muslim anymore.

“He did not share my faith. Instead, he shared the hatred of the man who attacked the Quebec City mosque in January, killing six people while they were at prayer.

“The same hatred as the man who killed civilians and a police officer in London three weeks ago.

“The same hatred as the men who killed 132 school children at Pakistan’s Army Public School in Peshawar.

“The same hatred as the man who shot me.

“These men tried to divide us and destroy our democracies, our freedom of religion, our right to go to school.

“But you refuse to be divided. Canadians — wherever they were born and however they worship — stand together. And nothing proves this more than your commitment to refugees.

“Around the world, we have heard about Canada’s heroes.”

“Like the refugees in Canada, I have seen fear and experienced times when I didn’t know if I was safe or not. I remember how my Mom would put a ladder at the back of our house so that if anything happened we could escape.

“I felt fear when I went to school, thinking that someone would stop me and harm me. I would hide my books under my scarf.

“The sound of bombs would wake me up at night. Every morning I would hear the news that more innocent people had been killed. I saw men with big guns in the street.

“There is more peace in my home of Swat Valley, Pakistan today, but families like mine — from Palestine to Venezuela, Somalia to Myanmar, Iraq to Congo — are forced to flee their homes because of violence.”

“I was also so happy to meet your Prime Minister this morning. I am amazed by his embrace of refugees, his commitment to appointing Canada’s first gender-balanced cabinet and his dedication to keeping women and girls at the centre of your development strategy.

“We have heard so much about Prime Minister Trudeau — but one thing has surprised me: people are always talking about how young he is.

“While it may be true that he is young for a head of government, I would like to tell the children of Canada: you do not have to be as old as Prime Minister Trudeau to be a leader!

“I used to think I had to wait to be an adult to lead. But I’ve learned that even a child’s voice can be heard around the world.

“Young women of Canada, step forward and raise your voices. The next time I visit, I hope I see more of you filling these seats in Parliament.

“Men of Canada, be proud feminists. And help women get equal opportunities as men.”

“I have travelled the world and met people in many countries. I’ve seen firsthand many of the problems we are facing today — war, economic instability, climate change and health crises. And I can tell you that the answer is girls.

“Secondary education for girls can transform communities, countries and our world. Here’s what the statistics say:

“* If all girls went to school for 12 years, low and middle income countries could add $92 billion per year to their economies.

“* Educated girls are less likely to marry young or contract HIV – and more likely to have healthy, educated children.

“ The Brookings Institution calls secondary schooling for girls the most cost-effective and best investment against climate change.

“* When a country gives all its children secondary education, they cut their risk of war in half.

Education is vital for security around the world because extremism grows alongside inequality — in places where people feel they have no opportunity, no voice, no hope.

“When women are educated, there are more jobs for everyone. When mothers can keep their children alive and send them to school, there is hope.

“But around the world, 130 million girls are out of school today. They may not have read the studies and they may not know the statistics — but they understand that education is their only path to a brighter future. And they are fighting to go to school.”

“Dear Canada, I am asking you to lead once again:

“First, make girls’ education a central theme of your G7 Presidency next year.

“Second, use your influence to help fill the global education funding gap. You raised billions of dollars and saved lives when you hosted the Global Fund replenishment in Montreal last year. Show the same leadership for education.

“Host the upcoming replenishment of the Global Partnership for Education, bring world leaders together and raise new funding for girls to go to school. If Canada leads, I know the world will follow.

“Finally, prioritize 12 years of school for refugees. Today only a quarter of refugee children get secondary education. We should not ask children who flee their homes to also give up their dreams. And we must recognize that young refugees are future leaders on whom we will all depend for peace.

“The world needs leadership based on serving humanity — not based on how many weapons you have. Canada can take that lead.”