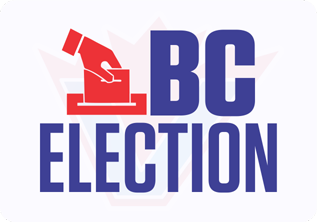 TEN years after the death of his 22-year old son, Al Wright is speaking out against ongoing police violence in the province and calling on all provincial party leaders to prioritize immediate police reform.

Al Wright is the father of Alvin Wright, shot and killed by Langley RCMP on August 7, 2010. Wright says: “It has been 10 years since my son’s death. I am angered and horrified that police killings are still rampant and nothing is being done about it. Nothing has changed. I thought we would hear more from political leaders about the crisis of policing in our province, but that has not been the case during this election. I expect every provincial party leader to prioritize immediate police reform, including meaningful avenues to hold police accountable and a comprehensive review of the Police Act.”

Wright adds: “Ten years ago, the RCMP killed my son. The RCMP entered my son Alvin’s house, went upstairs to his bedroom for a wellness check, failed to announce themselves, confronted him with guns drawn, and killed him. I have been seeking justice for my son for ten years, and now so many more families are enduring the same pain and anguish my family and I have suffered. British Columbia has the highest number of police deaths per capita in Canada. The police operate with impunity; they get away with crimes without being charged in ways no civilians ever would; and they basically still investigate themselves. Fifty percent of IIO investigators are former police officers. I just do not understand how this is being allowed to continue.”

The BC Civil Liberties Association has worked with Wright and other families of police violence for several decades. Harsha Walia, Executive Director of the BC Civil Liberties Association, says: “How many more families need to pour out their pain or endure tragedies for immediate action to be taken on the crisis of policing in this province and around the country? There is rising public momentum calling for immediate action from all levels of government to end the harms of policing, especially as it affects Indigenous and Black communities and people in mental health distress. This means no more band-aid solutions and no more funds poured into an unjust system. Family members, such as Mr. Wright, deserve better. All political leaders must prioritize policing issues and ending the harms of policing.”