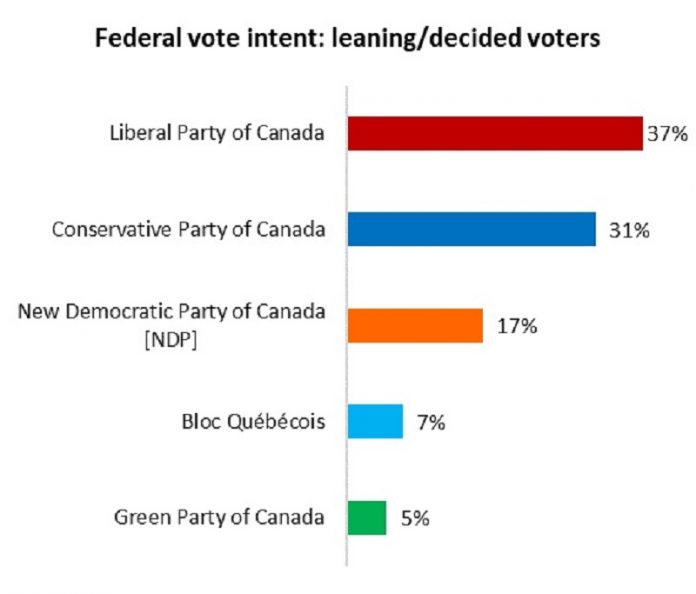 AS Canadian communities begin to resume many day-to-day activities suspended by the COVID-19 outbreak, a new study from the non-profit Angus Reid Institute finds two-thirds of Canadians (67%) saying the federal government has done a good job over the past months in responding to the pandemic, and more than half approving of Prime Minister Justin Trudeau (55%) in his work as well.

Sentiment that the federal government has handled the COVID-19 outbreak well is expressed at a majority level in each region of the country. Against this backdrop, the Liberal Party of Canada now holds a six-point advantage in national vote intention. Thirty-seven per cent of Canadians say that they would support the Liberal candidate in their riding if an election were held, while 31 per cent say they would support the Conservative Party.

More Key Findings:
* Half of Canadians (49%) say that Canada is on the right track, while 34 per cent disagree and 17 per cent say that they are not sure
* Trudeau’s approval rating is highest in Quebec (60%) and Atlantic Canada (60%) and lowest in Alberta (35%) and Saskatchewan (31%)
* The Liberal Party is currently the vote choice of 26 per cent of those who supported the Green Party in October, and 19 per cent of those who supported the NDP