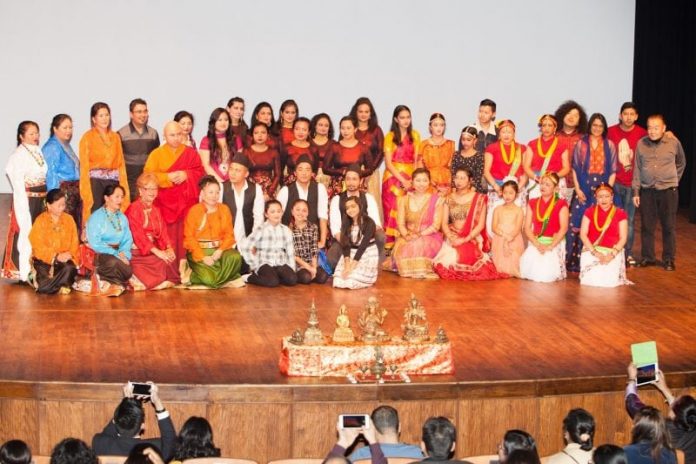 THE Hindu Buddhist Foundation of Canada (HBFC), a charity initiated by the Nepali community in the Lower Mainland, organized “Heart to Heart,” a multicultural fundraising gala program, on February 3 at the Surrey Art Gallery Theatre.
About 250 people were in attendance during the event. HBFC President Madhu Acharya said that since the HBFC was registered as charity two years ago, 150 families have become members, most of them as life members. The support that they have received has been very encouraging. He said that the foundation has successfully organized various events, including celebration of festivals, spiritual discourses and performing rituals.

However, the foundation does not have its own space to organize its activities. Therefore, the immediate focus of the organization is to establish a Cultural and Spiritual Centre, named “Pashupatinath and Bouddhanath Temple” in the Lower Mainland by the end of 2018. The plan is to acquire property that would have adequate space for regular prayer services and spiritual discourse. He appealed the audience for support and assistance to make this a reality.
Bruce Ralston, Minister of Jobs, Trade and Technology, Harry Bains, Minister of Labor, and Bruce Hayne, Acting Mayor of Surrey, also attended the program. All of them wished the foundation success in establishing the Cultural and Spiritual Centre.

During the gala, the audience was entertained with a variety of live music, songs and dance performances. Included in the first part of the program were Nepali, English, Hindi and Punjabi songs. During the second part of the program, skilled artists from various communities thrilled the audience with Nepali, Punjabi, Gujarati, South Indian, Bollywood and Tibetan dance performances. Altogether 50 singers, dancers, musicians and choreographers were involved in the delivering the entertainment program. The cultural program was led by HBFC Advisor Vikas Lama. Mina Sunuwar and Sheela Sainju choreographed the Nepali dance performances.
HBFC Director and Cultural Program Coordinator Sabita Shrestha thanked all the artists and choreographers, sponsors and volunteers as well as the audience for their support.