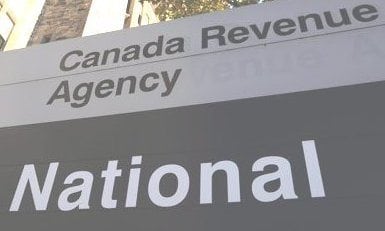 THE Canada Revenue Agency (CRA) announced that Harpreet Kaur Sidhu of Burnaby pleaded guilty on December 8 in the Provincial Court of B.C.to one count of tax evasion under the Excise Tax Act.

She was sentenced to a 12-month probation order, which includes 20 hours of community work service, and was fined a total of $42,950, representing 100% of the goods and services tax / harmonized sales tax (GST/HST) that she attempted to evade.

Sidhu is the sole director and shareholder of 6368 Lucky Construction Ltd. (Lucky), a real estate development company. Lucky is in the business of purchasing residential properties, demolishing the existing buildings, sub-dividing the lots, constructing new homes, and then selling the newly constructed properties.
A CRA investigation determined that Sidhu forged a Residential Tenancy Agreement (RTA) for a North Vancouver rental property owned and constructed by Lucky. A search warrant executed at Sidhu’s residence uncovered the original RTA for the rental property. By falsely stating the tenancy date on the RTA as prior to the July 1, 2010 HST implementation, Sidhu attempted to evade the payment of tax. The difference between the 5% GST and the 12% HST payable on the fair market value of the rental property (less a “transitional rebate”) is $42,950.
All case-specific information above was obtained from the court records.
The CRA notes that wilfully failing to follow tax laws could result in serious consequences, including reassessments, the imposition of civil penalties and criminal tax investigations and prosecutions resulting in the imposition of court fines, jail time and a criminal record. Under the income tax and excise tax laws, persons convicted of tax evasion will face fines ranging from 50% to 200% of the evaded taxes and up to five years imprisonment. If convicted of fraud under Section 380 of the Criminal Code, an individual can face up to 14 years in jail.
If you have made an omission in your dealings with the CRA, made a tax mistake or left out details about income on your tax return, the Agency may give you a second chance to correct your tax affairs and avoid criminal prosecution. The Voluntary Disclosures Program (VDP) may give you the opportunity to come forward, make things right, and have peace of mind. Disclosures that are made before the CRA launches an enforcement action such as an audit or criminal investigation may only result in you having to pay taxes owed plus interest. That being said, the VDP is currently under review. More information on the VDP can be found on the CRA’s website at Canada.ca/taxes-voluntary-disclosures.