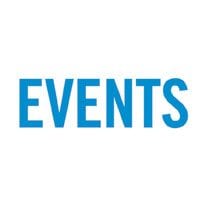 Mark Johnson and Michael Lovett are both survivors of near-death workplace incidents as young workers. Next week both are speaking to Surrey secondary students about the importance of safety at work and understanding rights and responsibilities on the job. In 2016, more than 6,500 young workers in B.C. were injured at work — a total of 13 per cent of all workers injured in the province.

When Mark Johnson was 21, his arm became trapped in a moving roller while he was cleaning a conveyor belt. He knew his co-workers wouldn’t be able to hear his cries for help over the noise of the machines at the Maple Ridge sawmill:

“After about 20 minutes, I almost passed out from blood loss,” Mark says. “I knew I’d die if somebody didn’t help me, so I threw up a prayer.” Miraculously, the conveyor belt stopped, though no one had touched it, and his co-workers sawed off the belt and unbolted the roller that had entangled his arm.

Michael Lovett was 18 when he landed a job at a sawmill in Mission, B.C. One night, while working the graveyard shift, Michael was cleaning a running conveyor and his boot became stuck in the conveyor’s roll feeder. It started dragging his body into the moving machinery.

“I was very scared,” Michael says, “thinking I’d have to watch myself die and that I’d still be alive when the roller finally went over my head.” By pure chance, a link broke off the engine’s drive chain and shut the machine down — just seconds before it would have encompassed his body. Michael lost his left leg as a result of the incident, but after several surgeries and extensive physiotherapy, he learned to walk on a prosthetic limb.

Mark and Michael share their stories at schools and workplaces throughout the province as part of WorkSafeBC’s Young Worker Speaker Program. WorkSafeBC continues to focus prevention efforts on young workers, concentrating on industries that pose the highest risk to youth, partnering with employer associations, organized labour, government, parents, community groups, and employment centres to increase awareness of young-worker health and safety issues.

More on young workers: http://wrksfe.ca/tlLy30eY6CQ and Listen to your gut