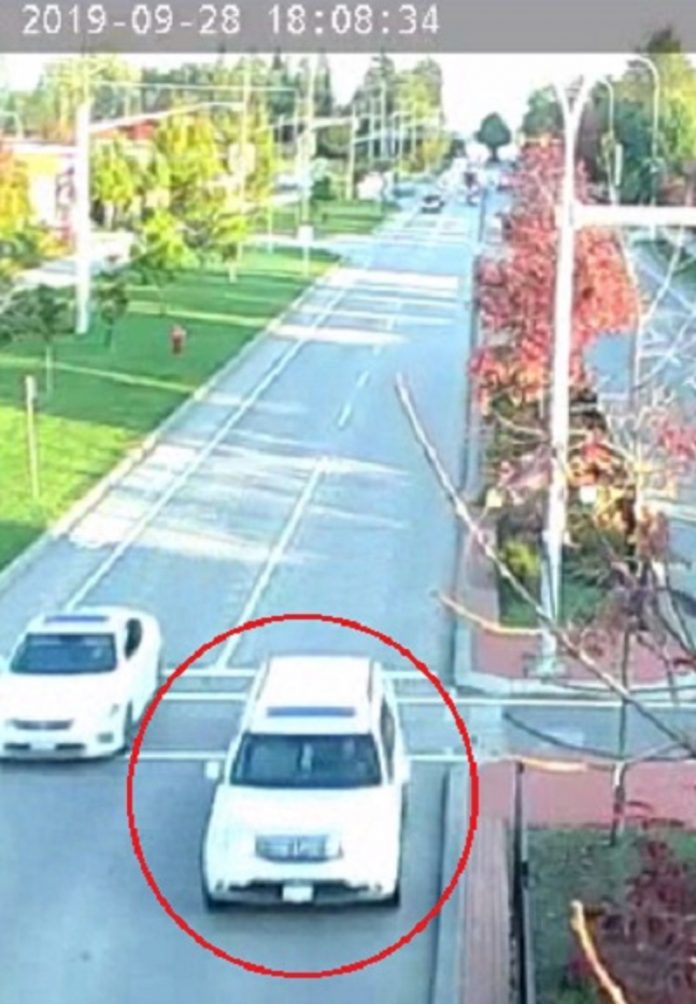 THE Integrated Homicide Investigation Team (IHIT) is requesting public assistance to identify the drivers and occupants of two vehicles – a white SUV (possibly a Honda) and a white Tesla sedan – that drove by the suspect shooter at around 6:07 p.m. on September 28 in the 18600-block of Fraser Highway in Surrey.

On September 30, IHIT released video surveillance footage showing a black figure, believed to be the shooter, walking northbound across Fraser Highway near 188th Street before running back a short time after.  The shooter is believed to have gotten into a silver sedan that left the area northbound on 188th Street past 70th Avenue.

As a result of the public appeal, further information has come in to IHIT and several leads have been generated.  Investigators are specifically looking to speak with the occupants of a white SUV and a white Tesla sedan that may have important dash cam video.

“Two vehicles seen passing the suspect shooter may be holding incredibly valuable information,” says IHIT Sgt. Frank Jang.  “All efforts are being made to identify the occupants of the two vehicles and once again, the community is in a position to significantly assist IHIT in advancing a murder investigation.”

Did you lose a large amount of cash at a Tim Hortons in Coquitlam?

MARINE Drive Station is closed to Canada Line customers due to a medical emergency. Inbound Canada Line trains will only be able...
Read more

RCMP in the South Okanagan are requesting the general public for information after a Penticton RCMP officer was allegedly assaulted while performing...
Read more

Did you lose a large amount of cash at a Tim Hortons in Coquitlam?

ON Saturday, June 20, a customer in Tim Hortons at 955 Austin Avenue in Coquitlam left behind a bag containing a large...
Read more