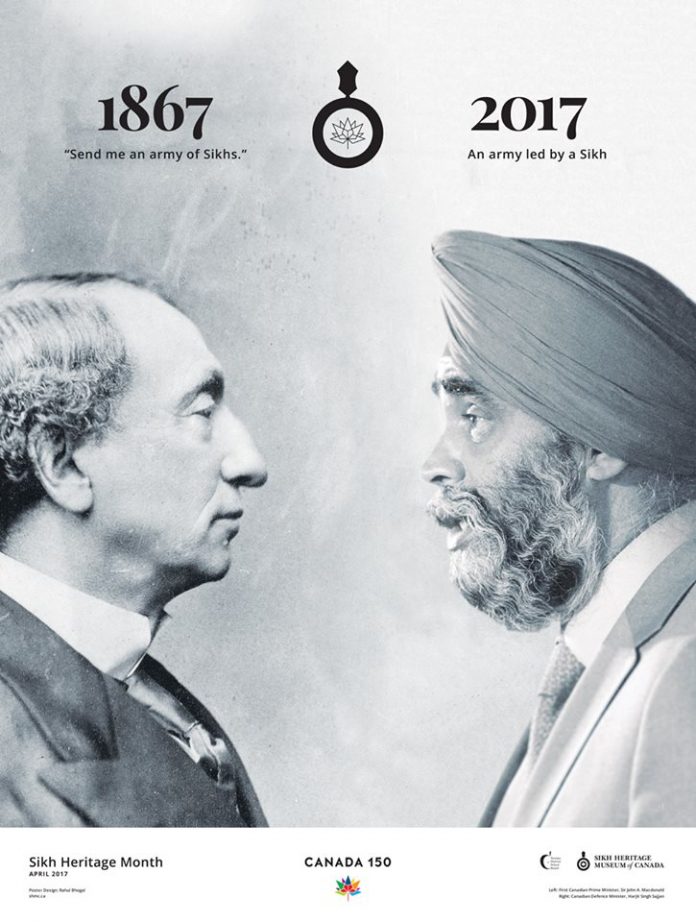 That change is so strikingly portrayed in the Sikh Heritage Museum of Canada’s annual poster designed by Rahul Bhogal: The first Prime Minister of Canada Sir John. A. Macdonald and the incumbent Defence Minister Harjit Sajjan.

Macdonald penned a private letter in 1867 – shortly after Queen Victoria signed the British North America Act – to Sir Henry Sumner Maine, who was living in India at the time, asking for an army of Sikhs.

He wrote: “. . . War will come someday between England and the United States, and India can do us yeoman’s service by sending an army of Sikhs … across the Pacific to San Francisco and holding that beautiful and immortal city with the surrounding California — as security for Montreal and Canada . . . ”

Pardeep Singh Nagra, executive director of the Sikh Heritage Museum of Canada, told the Toronto Star: “In 1867, Macdonald called for an army of Sikhs, 150 years later we’ve done one better as a country. We’ve given you an army led by a Sikh.”