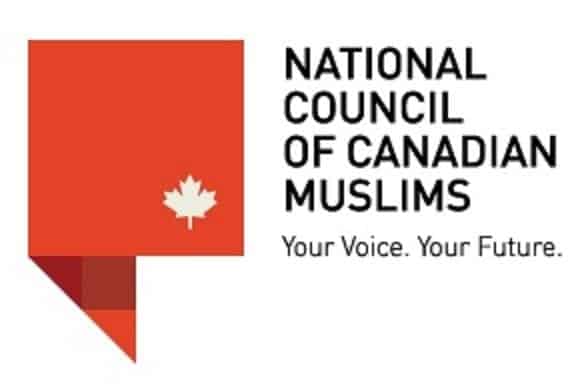 THE National Council of Canadian Muslims (NCCM) on Wednesday said that is deeply concerned by the Quebec National Assembly’s passage of legislation that discriminates against some Muslim women in the province.
The legislation, known as Bill 62, effectively bans public servants and those who receive public services from wearing a face covering, including Muslim women who wear the niqab (face veil). The ban will be in force across municipal services, such as public transit.
“Today’s decision by the Quebec National Assembly, coming as it does in the lead-up to a provincial election campaign, boils down to ugly identity politics. By tabling this discriminatory legislation, the Quebec government is advancing a dangerous political agenda on the backs of minorities, while pandering to bigoted populism instead of practising principled governance,” said NCCM Executive Director Ihsaan Gardee.
“This legislation is an unjustified infringement of religious freedoms and it is contrary to the values enshrined in the Canadian Charter of Rights and Freedoms as well as Quebec’s Charter of Human Rights and Freedoms.”
NCCM Public Affairs Coordinator Eve Torres noted: “The constitution requires the state to be neutral towards religion so as to protect fundamental freedom. State neutrality requires an absence of both direct and indirect state coercion. The state is not neutral when it requires a woman to reveal any part of her body against her conscience as a condition to receiving a public service to which she is entitled.”
“Rather than facilitating inclusion, this legislation excludes citizens from the public sphere, it reinforces the marginalization of Canadian Muslims, and it risks emboldening those seeking to sow division and hatred between Canadians to amplify an ‘us versus them’ narrative.”
Gardee said: “The NCCM, in partnership with civil society allies, will be looking at all options now including legal avenues to defend the fundamental rights and freedoms of Canadian Muslims and, by extension, those of all Canadians.”

THE World Sikh Organization of Canada also expressed its disappointed at the passing of Bill 62 in Quebec’s National Assembly.

The WSO noted that Bill 62 is the third attempt to ban the wearing of the niqab while receiving public services in Quebec.  It was preceded by Bill 94 in 2010 and the Quebec Charter of Values in 2013, both of which failed to pass.  The WSO has repeatedly called for a fair and principled discussion on the issue of religious accommodation in Quebec and has opposed blanket bans on any religious attire or articles of faith.

WSO President Mukhbir Singh said: “We are disappointed by the passing of Quebec’s so-called religious neutrality bill. While the Sikh faith forbids the practice of veiling, we believe Muslim women have a right to wear the niqab. Canadian law is clear that individual religious practices, as long as they are not harmful to others, must be accommodated to the point of undue hardship.  Simply feeling uncomfortable about or not agreeing with a religious practice is not reason enough to restrict it.  The wearing of the niqab should be treated no differently than any other religious observance. Where accommodation is requested, unless an undue hardship can be established, the niqab must be accommodated.  We expect that the passing of Bill 62 will be successfully challenged in courts and overturned.”

ON Thursday, in a joint statement, the Canadian Council of Imams (CCI), the Canadian Council of Muslim Women (CCMW), the Islamic Circle of North America (ICNA), The Islamic Society of North America (ISNA) Canada, and the Muslim Association of Canada (MAC) said that they are extremely concerned about the repercussions of the decision by the National Assembly of Québec.

It added: “Yesterday [Wednesday] the National Assembly of Québec passed Bill-62 supposedly intended to establish religious neutrality by forcing individuals giving or receiving state services to uncover their face. The organizations signatory to this statement are deeply concerned that this bill restricts the rights of Canadians, particularly Muslim women, violates Canadian principles of freedoms of religion and expression and sets a religious test for the receipt of public services.

“Bill-62 has little to do with religious neutrality and equality. Instead the bill denies a wide range of services to a specific group of women and risks isolating them and thus leaving them vulnerable to attacks and hate crimes. Bill-62 encourages divisiveness, creates inequality, and violates our Charter of Rights and Freedoms.

“The National Assembly has chosen to further target and marginalize Canadians Muslims while the Muslim community is still coming to terms with the terrorist attack in January on the Quebec City mosque, the Centre Culturel Islamique de Québec, that killed six and injured 19.