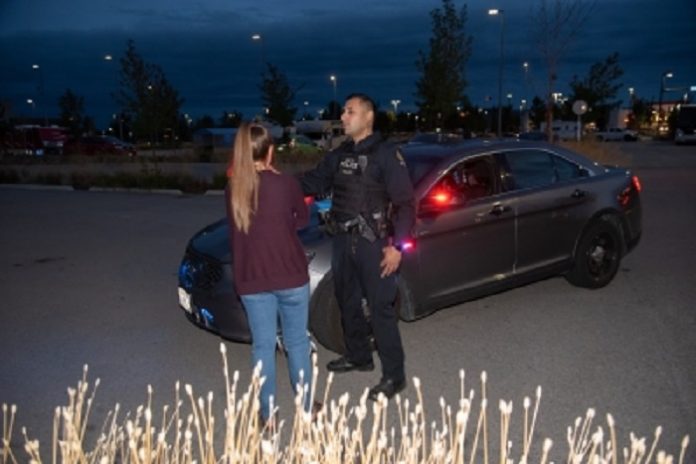 COUNTERATTACK is a fixture on BC roads during the summer, with police setting up roadblocks throughout the province, typically on weekend nights, to stop and deter impaired drivers. Funding for extra policing shifts to staff these roadblocks comes from the province through ICBC.

But in Delta on July 5 and 6, officers on CounterAttack shifts spent part of each night roving roads in marked and unmarked vehicles. The roving patrol was in addition to the traditional-style CounterAttack roadblock set up for a portion of both Friday and Saturday night last week.

The recently enacted mandatory alcohol screening provision (Bill C-46) authorizes law enforcement officers who have an “approved screening device” at hand to demand breath samples of any drivers they lawfully stop, without first requiring that they have a suspicion that the driver has alcohol in their body. The research shows that many impaired drivers are able to escape detection at check stops. However, this authority helps police detect more drivers who are over legal limits, and reduce litigation regarding whether or not the officer had a reasonable suspicion.

“Our intent is two-fold,” said Acting Sgt. Jim Ingram, who was in charge of both CounterAttack shifts. “We want to educate drivers about the new legislation and of course, we want to take impaired drivers off the road.”

A total of 111 drivers were required to blow into the Approved Screening Device during both the roving and static weekend CounterAttacks. Of those, nine were impaired by alcohol or drug for a rate of just over 8% of all drivers who were stopped. Police also conducted three Standard Field Sobriety Tests, used when a driver is suspected of having consumed drugs.

One driver stopped in North Delta around 9:30 p.m. on July 6 blew a fail on his first try, and then made his second poor choice of the night by attempting to run from the officer who had pulled him over.

“He ran across the parking lot and crashed into some bushes, but was quickly stopped,” said Ingram. As the investigation had essentially concluded by that point, the driver will not face potential obstruction charges.

Another driver was unhappy about the new legislative changes, and attempted to argue with Ingram about the legality of the new legislation. He eventually agreed to blow, and registered a zero. If he had not agreed to blow, the consequences could have been significant, including refusing to provide a breath sample, which comes with the same penalties as a Fail under BC’s Immediate Roadside Prohibition program.

“We also stopped a surprising number of self-proclaimed designated drivers, who told us they had nothing to drink that night, yet provided a breath sample that showed they definitely had some alcohol in their system,” said Ingram. “Although those drivers conceded that they weren’t being honest with us, they did not face any consequences, as their ability to drive wasn’t affected or impaired.”

“I think the public can definitely expect us to continue with this new tactic of doing roving CounterAttack stops,” said Ingram.

BC Liberals: NDP has explaining to do on floods, wildfires