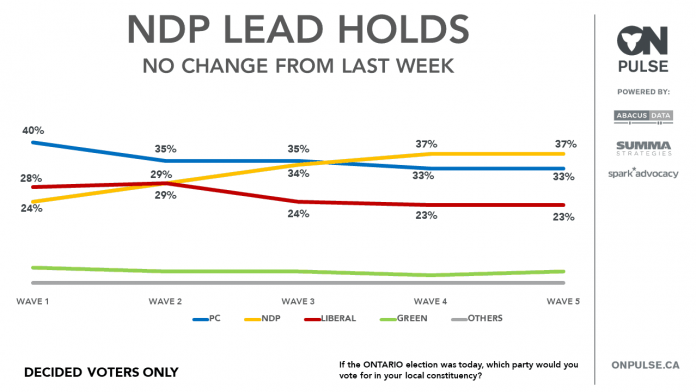 AS Ontarians headed into the final weekend before Thursday’s election, we at Abacus Data were busy crunching the numbers of our final survey before election day.
All the data reported here were collected prior to [Premier] Ms. [Kathleen] Wynne’s announcement Saturday morning admitting she won’t win the election.

Here are the key findings: