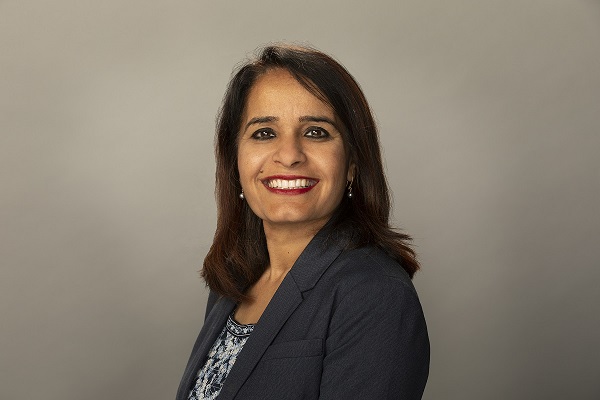 WHEN I first arrived in Canada the very first job I got was counselling people over the phone. I was nervous to help others tackle complicated issues in my second language, but I was thrilled to have the opportunity.

So many things were going through my mind at that moment. What if I brought it up to my superiors and I was told that people couldn’t understand me because of my accent? Perhaps they’d tell me I wasn’t a good fit; I didn’t want to lose my job.

But my manager was in the next cubicle and overheard the issues I was having on the call. After getting me to put the caller on hold she assured me that I had the skill set to do the job. She told me to let the woman know that I was ready to help her, but if she insisted in her discrimination to tell her that no one else was available.

This moment was huge for me. Even all these years later this instance of my manager standing up for me remains vivid in my memory. Because of her actions I began feeling more confident in my work and more comfortable in my new home.

Like my manager, our New Democrat government believes in giving immigrants a chance and supporting them in their advancement. That’s why we are investing up to $6 million per year, over the next three years, to improve settlement and employment supports for newcomers. This funding includes more support for refugees seeking asylum, which was increased from $500,000 to $1.5 million.

We have also expanded the Career Paths for Skilled Immigrants program, to help skilled newcomers find work that matches their professional experience. This includes helping people get their credentials assessed and providing services like language training.

These supports are just one way our government is building a more equitable and welcoming society. With the rise of Islamophobia, nationalist populism, and extreme racist ideologies around the globe it is now more important than ever for us to raise our voices and speak out against hate.

We know that hate crimes are on the rise in B.C. Members of visible minorities are enduring derogatory comments about the color of their skin, are being told to go back to their countries, and are having religious symbols forcibly removed.

In volatile times like these it is vital to have an independent body to report these instances of abuse to. I’m so proud that 16 years after the BC Liberals abolished it, our government has reinstated the Human Rights Commission and appointed Kasari Govender as commissioner. Having a body like this ensures that those who are most oppressed, most marginalized, and most affected by hate crimes have a place to go when the unthinkable happens. Because everyone deserves to feel safe and protected.

In addition to reinstating the commission, we are also making sure there are tools to assist people locally when they experience discrimination and hate. My colleague, MLA Ravi Kahlon, travelled the province this summer to have conversations on anti-racism and anti-hate. Ravi told me that many of the meetings were standing room only, which came as no surprise. People want to have these conversations, and they dream of a day when stories of hate and discrimination are a distant memory.

It’s been decades since my manager at my first job in Canada stood up for me in such a powerful way. Since that time, I have met so many British Columbians that, like her, want to contribute to a province that welcomes everyone with open arms. Our government is determined to help create welcoming spaces and opportunities for everyone, no matter race, religion, or place of origin. Together we are making B.C. a better place to live by upholding and championing the values of diversity, inclusion and mutual respect.