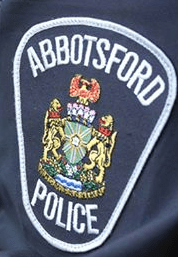 THE Office of the Police Complaint Commissioner (OPCC) has ordered a review of an Abbotsford Police Department decision regarding the misconduct of an officer accused of intimate partner violence.

The officer admitted to five allegations of misconduct under the Police Act. The allegations are related to the assault and harassment of the officer’s estranged spouse over several months.

The disciplinary conduct investigation found the officer committed misconduct under the Police Act in five instances which included the assault, installation of GPS tracking devices, harassing behaviours and inappropriate use of police databases. In a separate criminal investigation by the Vancouver Police Department the officer was charged and convicted of assault in relation to the matter.

The Abbotsford Police Discipline Authority considering the Police Act matter recommended that the officer receive a suspension without pay of between one and five days for each of these allegations of misconduct, for a total suspension of 16 days without pay.

In his Notice of Review issued on June 23, the Police Complaint Commissioner found the proposed penalties did not reflect the serious, sustained and deliberate nature of this behaviour which spanned a number of months. The Commissioner noted that while the discipline authority correctly underscored the seriousness of domestic violence and the public’s expectation that those “sworn to protect the vulnerable from intimate partner violence must not engage in it themselves,” those principles were not sufficiently reflected in the proposed penalties.

The name of the officer has been withheld to protect the identity of the victim.

Retired Provincial Court judge David Pendleton will preside as the adjudicator of the Review on the Record, which has yet to be scheduled.

Updates on the review will be shared on the OPCC website.

The Police Complaint Commissioner is a civilian, independent Officer of the Legislature overseeing complaints, investigations and discipline involving municipal police in British Columbia. For more on the OPCC, visit: https://opcc.bc.ca/about-us/