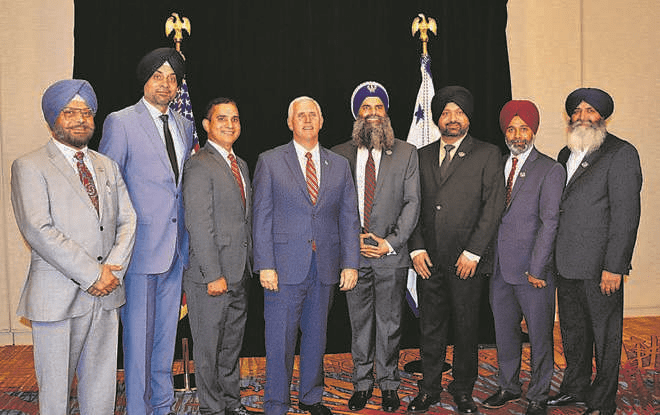 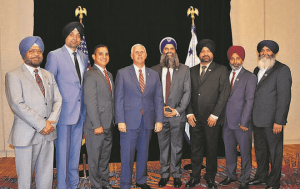 Washington (PTI): US Vice President Mike Pence has lauded the contribution of Sikhs in America and asked them to continue to give back by serving in the military and public offices at local, state and federal levels.

“The Sikh community and its issues are always close to my heart and I always admire the contribution of Sikhs in Indiana and across the US,” he told a Sikh delegation in Indianapolis.

During the meeting with the Sikhs Political Action Committee (SikhsPAC) led by Gurinder Singh Khalsa, Pence said that he was fully aware of Sikh awareness issues since his days as governor, a SikhsPAC media release said.

The main topic of discussion with the delegation was Sikh awareness and introduction of Sikh history in public history curriculum through federal department of education.

The 58-year-old leader also admired the efforts of SikhsPAC for encouraging the Sikh community for its participation in mainstream politics, the statement said.

During the meeting, Pence reaffirmed his commitment to the Sikh community and encouraged it to continue to give back in the form of serving in the military and public offices at local, state and federal levels, it said.

Early this week, Khalsa visited Washington DC and met about two dozen US Senators and Congressmen.

Pence was the first sitting governor who attended the Sikh Parade and bestowed the highest civil award to a Sikh in 2015.

Indiana has passed a resolution recognising the Sikhs’ “significant contributions” to America.