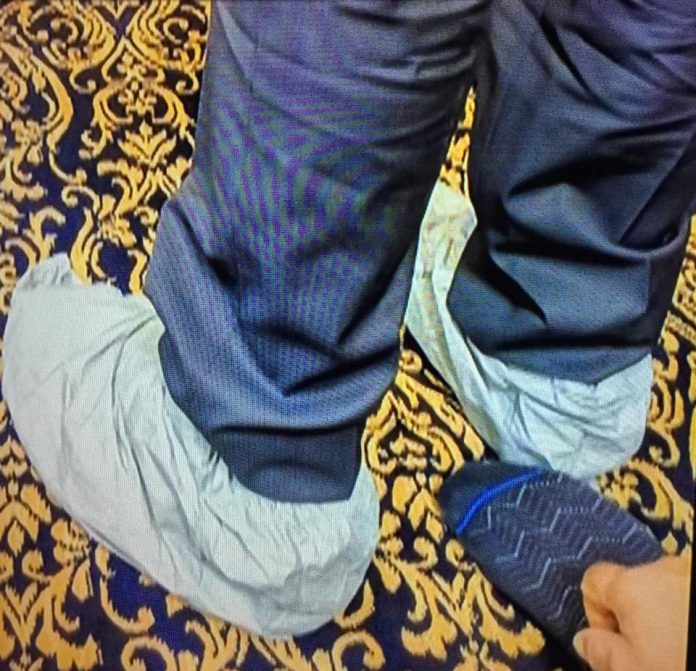 SIKH Sangat BC is condemning “the sacrilegious act” committed by the Khalsa Diwan Society’s Ross Street Gurdwara executive committee in Vancouver “for allowing and giving permission to the security of the [Prime Minister Justin Trudeau] to be present in the Darbar Hall in the presence of Sri Guru Granth Sahib Ji in their shoes.”

In a statement, the organization says: “Now the committee members are trying to cover up their wrongdoings by giving justifications to the media that in other places of worship the police entered gurdwaras while wearing shoes and taking dogs. This is a very pathetic excuse. Two wrongs do not make a right. Both acts are to be condemned. The community is saddened that such a beautiful event was tarnished by a few individuals and their decision is contradictory to the wishes of the community and against the protocol of a gurdwara.”

Sikh Sangat says it condemns this action of the committee and points out: “In past years many world leaders and their entourages always took off their shoes before entering a gurdwara. Even the Queen follows these rules. What was so special in this case that they allowed individuals entry with shoes? Committee members walked in and also stood by in the Diwan Hall while individuals had their shoes on. If a wrong was committed then they all had a chance to ask those individuals to go out and remove their shoes and then come back in. They did not, therefore they are more guilty than the perpetrators. How can this executive allow such a blasphemous act to take place?”

It adds: “Sikh community wants everyone to respect and follow the rules regardless of who they may be. If rules cannot be followed then politicians should not be allowed to speak at any holy stage. If the Queen and her entourage can remove their shoes in respect of the prayer hall, then there is no reason that this should not have been done last weekend. The community condemns this action and is not something that can be forgotten.”