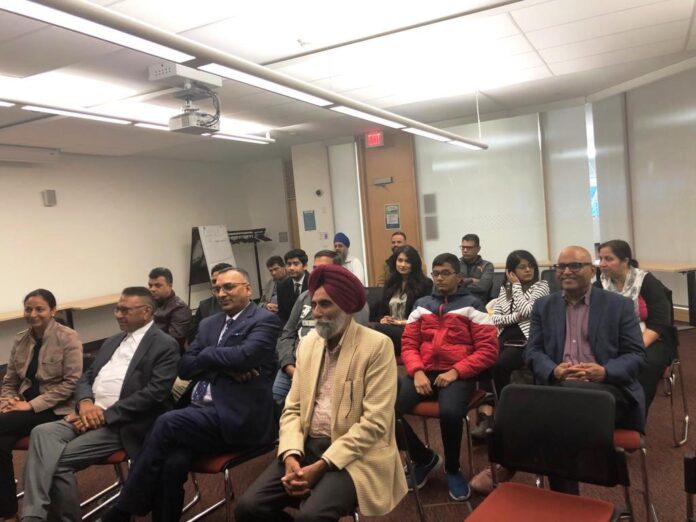 AS a part of observing Buddhist Vesakh Week, Chetna Association of Canada hosted a meet and greet session with representatives of Aam Aadmi Party and Rashtrya Lok Dal Party on May 10 at the Dr. Ambedkar Room in the Surrey Center Library.

Manjit Bains, chair of Chetna’s Women Empowerment Committee, gave a background on the Project Equality Day and acknowledged the support of various organizations and levels of governments for observing or proclaiming Dr. Ambedkar Day of Equality on the birth anniversary of Dr. Ambedkar on April 14. 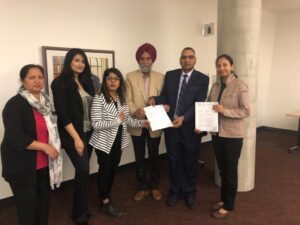 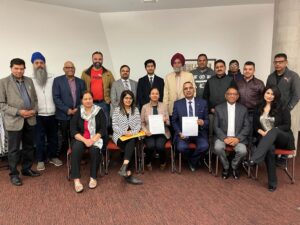 The project was launched in 2020 when City of Burnaby first proclaimed Dr. Ambedkar Day of Equality. This year, in 2022, in addition to City of Burnaby, the City of Surrey, the Province of British Columbia, the Government of Tamil Nadu (India), along with various states and cities in the US and UK also observed Dr. Ambedkar Day of Equality on April 14.

The Project Equality Day is a part of Chetna and AICS’ (Ambedkar International Co-Ordination Society) 2050 Goals which includes seeing equitable processes and frameworks for equality, liberty, justice, and fraternity.

The session was hosted by Ratan Paul, media coordinator of Chetna Association.