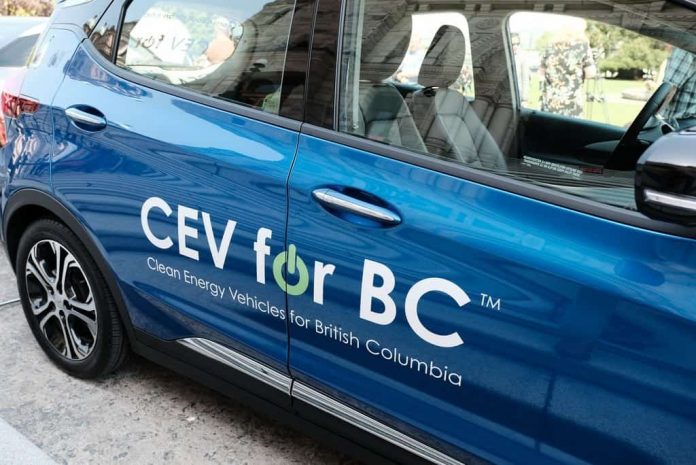 THE Government of British Columbia says it is keeping clean transportation affordable by contributing an additional $10 million to the Clean Energy Vehicle Program (CEVP).

“We are making it easier for everyone in our province to choose a clean-energy vehicle as their next purchase,” said Michelle Mungall, Minister of Energy, Mines and Petroleum Resources. “These additional funds will make transportation more affordable today, while supporting our long-term work to build a cleaner future.”

Due to the success of B.C.’s efforts and strong demand for accessible clean transportation, funding for the CEVforBC point-of-sale incentives is running out sooner than expected, according to the government. These additional funds are being added to maintain the program until the provincial government releases a strategy for a clean-growth future later this year. A new CEVP is expected to be part of this strategy.

A transition to clean-energy vehicles will be an important part of meeting the Province’s updated greenhouse gas reduction targets. The targets are aiming for a 40% reduction in carbon emissions from 2007 levels by 2030, and a 60% reduction from 2007 levels by 2040. The upcoming clean-growth plan is part of the provincial government’s work to build a strong, stable and innovative economy.

In the fall 2017 Budget Update, the B.C. government recommitted $40 million for the Clean Energy Vehicle Program, with $27 million going to the CEVforBC vehicle incentive program. Due to the popularity of the incentive program, the $27 million would have been depleted by the end of this month (September).

Point-of-sale incentives are administered by the New Car Dealers Association of BC.

* The CEVforBC program offers incentives of:
– up to $5,000 for the purchase or lease of a new battery electric or plug-in hybrid electric vehicle; and

* British Columbians who purchase electric vehicles typically save about 75% on their fuel and maintenance costs, which adds up to about $2,400 per year.

* The $27 million allocated to the CEVforBC program in the fall of 2017 is expected to result in over 6,000 new clean-energy vehicles reaching B.C.’s roads.