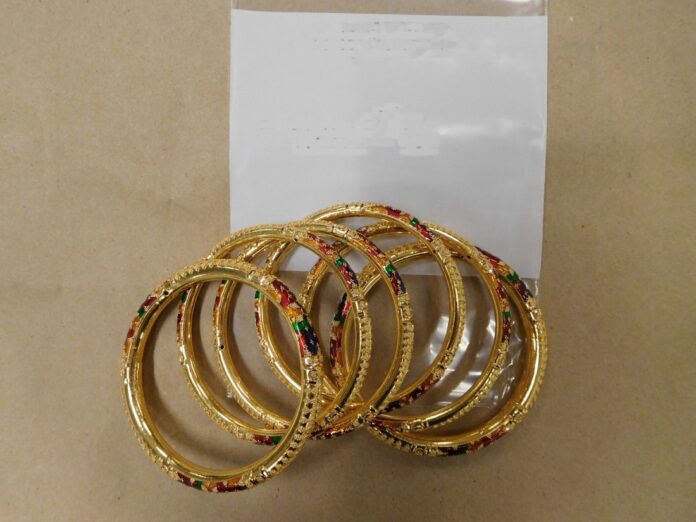 THE Canada Border Services Agency (CBSA) announced on Monday the results of a two-year long investigation leading to the conviction of a Toronto area man, Rahu Sinnathamby of Scarborough, and Lovely Gold Inc. for smuggling gold jewellery into Canada.

In early 2018, border services officers working at Toronto Pearson International Airport seized a large quantity of jewellery from a returning traveller. The seizure initiated an investigation by the Greater Toronto Area Region Criminal Investigations Section, which subsequently identified a jewellery smuggling operation. In July 2018, the investigation identified a link to a separate traveller attempting to smuggle an even greater quantity of jewellery into Canada.
In October 2018, as a result of evidence obtained through further investigation, CBSA criminal investigators determined that Lovely Gold Inc. and its director, Sinnathamby of Scarborough, schemed to enlist travellers to bring gold jewellery, such as earrings and bracelets, to Canada.

If you have information about the exploitation of the border for criminality, call the CBSA Border Watch Toll-free Line at 1-888-502-9060.