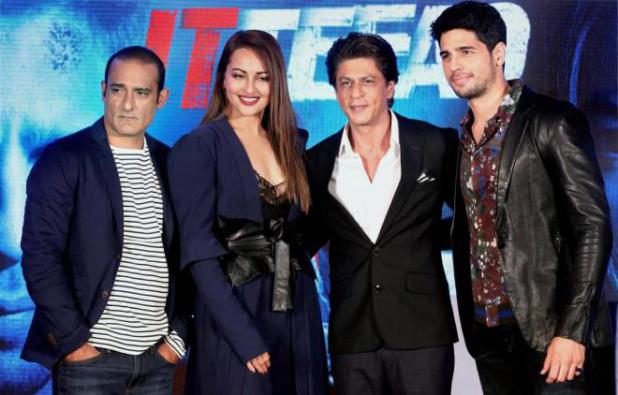 Mumbai (PTI): Superstar Shah Rukh Khan, who has been a part of remakes like “Devdas” and “Don”, said he loved introducing “Ittefaq” to a new generation as the Rajesh Khanna-starrer was his mother’s favourite movie.

Shah Rukh has produced the remake of 1969 thriller with Karan Johar and BR Films. Sonakshi Sinha, Sidharth Malhotra and Akshaye Khanna feature in the new version that has been directed by Abhay Chopra.

“When I was growing up, it was my mother’s favourite film. Rajesh Khanna and Nanda ji both were good. I found the story interesting. It is exciting for these two boys (Abhay and Kapil Chopra) to remake a classic,” Shah Rukh said at a promotional event of the movie last night.

“Somewhere down the line, (it is) just to reintroduce great cinema that perhaps passes the youngsters by. So ‘Ittefaq’ is another move in that line. Hopefully, youngsters will like it,” he added.

Shah Rukh, who worked with Yash Chopra on many films including the director’s last one, “Jab Tak Hai Jaan”, said the filmmaker had narrated to him the story that inspired the original “Ittefaq”.

“Before Yash ji passed away, he told how he made ‘Ittefaq’. He said he was making some film and there was a break and they decided to see a play. Then overnight they decided to make this movie for BR Films. It is based on a play and I found it interesting,” he said.

The film is set to release this Friday.