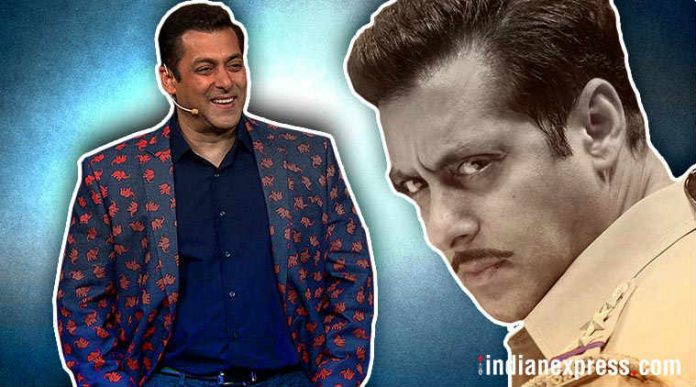 Mumbai,  (PTI): The name of the film that landed Salman Khan in trouble was ominous. It was during the shoot of “Hum Saath Saath Hain” — or We Are All Together — in Rajasthan that its hero encountered two blackbucks late one night near Jodhpur.

That could well be the name of a group of actors from Bollywood who have served time. The thread that ties them is that they were all imprisoned — though not together, of course.

Khan, who was jailed in Jodhpur today after being sentenced for shooting and killing two endangered blackbucks in 1998, joins a line of stars who found themselves on the wrong side of the law.

The Dabangg actor, who has been in and out of jail on poaching cases and a 2002 hit and run incident that resulted in the death of a man, follows friend and colleague Sanjay Dutt, whose turbulent life is now the subject of a Bollywood film.

Dutt put behind his dark past in 2016 when he was released after spending 42 months in the Yerawada jail after being convicted in a 1993 Mumbai serial bomb blast case relating to the possession of arms.

He was sentenced to five years in jail but had by then already spent 18 month in prison.

Sunil and Nargis Dutt’s son was arrested on April 19, 1993, for possession and destruction of an AK-56 rifle, which was a part of a cache of arms and explosives that had landed in India prior to the blasts of March 1993.

On July 31, 2007, a TADA court in Mumbai sentenced him to six years’ rigorous imprisonment under the Arms Act and imposed a fine of Rs 25,000 on him.

In 2013, the Supreme Court upheld the ruling but reduced the sentence to five years, following which he was jailed in Pune and went on to serve the rest of his sentence.

Another case from Bollywood that grabbed eyeballs related to the conviction of actor Shiney Ahuja.

Ahuja was on his way to becoming the next big thing in Bollywood with his brooding turn in films such as “Hazaaron Khwaishein Aisi” and “Gangster” but his career went south when his domestic help accused him of rape in 2009.

She later retracted her charge but the trial court judge refused to accept it and convicted Ahuja based on circumstantial evidence.

A fast track court sentenced him to seven years of rigorous imprisonment in 2011. His appeal is pending in the Bombay High Court.

Sooraj Pancholi, whose career was launched by Khan, hit the headlines even before his debut following actor-singer Jiah Khan’s mysterious suicide. He was briefly jailed on charges of abetting her suicide but was later released on bail.

The case is still to conclude.

Khan’s “Hum Saath Saath Hain” co-stars — Saif Ali Khan, Neelam, Sonali Bendre and Tabu — who were also accused in the blackbuck poaching case that was decided today, were acquitted with the court giving them the benefit of the doubt.

Saif had had another brush with the law in 2012 when he was accused of punching a businessmen during a dinner outing at a five-star hotel in Mumbai. He was booked for assault under section 325 of the IPC and was arrested, only to be released on bail.

Actor Monica Bedi spent almost two years in jail when she was arrested along with underworld don Abu Salem on a fake passport case after they were extradited from Portugal. She was released from a Hyderabad jail in 2007.