THE annual Sikh Remembrance Day ceremony was held on Sunday, November 4 at the military grave of Canadian World War I hero, Private Buckam Singh, in Kitchener, Ontario. It is the only military grave in Canada of a Sikh soldier from World War I.

This year’s keynote speaker, Lieutenant-Colonel Graham Walsh, Commanding Officer of the Toronto Scottish Regiment, highlighted the Scottish Regiment’s historic ties to the Sikh community in Canada and the regiment’s contributions in wartime. 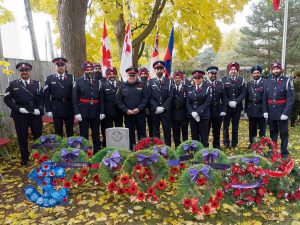 During World War I thousands of Sikhs tried to join the Canadian military, many with past military experience, but most were turned away due to discriminatory policies at the time. Only nine Sikhs were allowed to join the Canadian military and fight for Canada during World War I. Five out of those nine would become casualties of the war. This century-old early Sikh contribution to Canada’s military has only come to light in recent times. 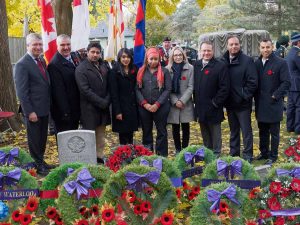 “We asked to be a part of this year’s ceremony to honour Sikh Canadians Private Hari Singh and Private Laal Singh who both served in the 75th Battalion as the Toronto Scottish Regiment was known in World War I,” said Walsh. “We have several Sikh soldiers currently serving in the Toronto Scottish Regiment today and it was fitting to participate in this special event.”

He said: “Private Hari Singh survived the War and after, joined the regimental band in 1921 and remained with the band until 1939 when he tried once again to volunteer for overseas service, unsuccessfully. Private Laal Singh, while on a night patrol on the outskirts of Valenciennes on October 23, 1918 was killed in a fire fight during the final push towards Mons during the ‘Last 100 Days’ of the War. He is buried at the Arras Road Military Cemetery near Roclincourt, France, not far from Vimy.” 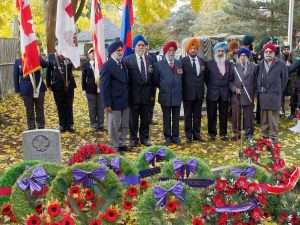 “Sikhs have a long tradition of military service,” said Sandeep Singh Brar, Curator of SikhMuseum.com and the chief organizer of the annual event. “The Sikh community has gathered here at the historic location of Private Buckam Singh’s grave to remember the 117,000 Canadian soldiers that have died since we became a nation and the 83,000 Sikh soldiers that died in two World Wars fighting alongside their Canadian, British and American allies.” 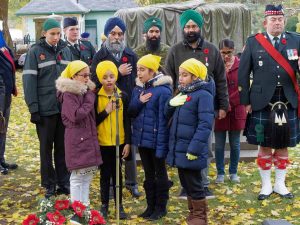 The ceremony allows all Canadians the opportunity to appreciate the inclusive nature of Canada and the sacrifices made by heroes from diverse backgrounds in making Canada strong and secure.

The public ceremony included soldiers and officers from the Canadian Forces, cadets, police services, Royal Canadian Legionnaires, veterans and elected officials from all levels of government, and is one of the largest annual gatherings of Sikh soldiers and veterans in North America. 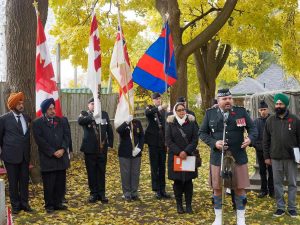 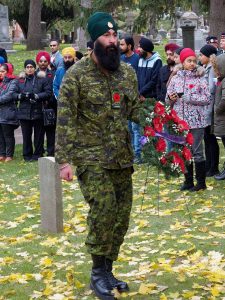