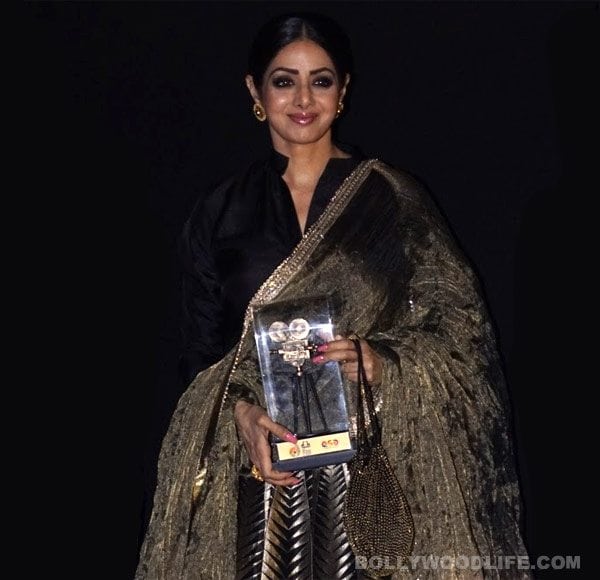 Panaji (PTI): After being in headlines for days, the Indian Panorama segment at IFFI 2017 opened without any protests and in the presence of noted Bollywood actor Sridevi.

The I & B ministry’s decision to oust Malayalam film “S Durga” and Marathi drama “Nude” had created a furor, leading to the resignation of jury chairperson Sujoy Ghosh and members Apurva Asrani and Gyan Correa.

Marathi filmmakers were expected to protest at the venue over the exclusion of these two films from the line-up but the event started without a hitch.

The jury presence was thin though Rahul Rawail, who has replaced Ghosh as the new jury chief, and Ruchi Narain were among the attendees.

Sridevi, in her brief speech, lauded the hard work of the jury in selecting the movies.

“The films have been chosen by the esteemed jury having worked in various industries over the last 50 years. This segment is something I am really excited about. It is my pleasure to declare the Indian Panorama 2017 officially open,” Sridevi said.

“Pihu” director Vinod Kapri said, “It’s an honour for me to be here and my film to open this section.”

In “Pushkar Puran”, Kamal Swaroop returns to Rajasthan, his cinematic home, three decades after his cult film “Om Dar-Ba-Dar” (1988). It is a documentary on Pushkar, the religious town near Ajmer.

Indian Panorama section has 26 feature and 16 non-feature films in the line-up.