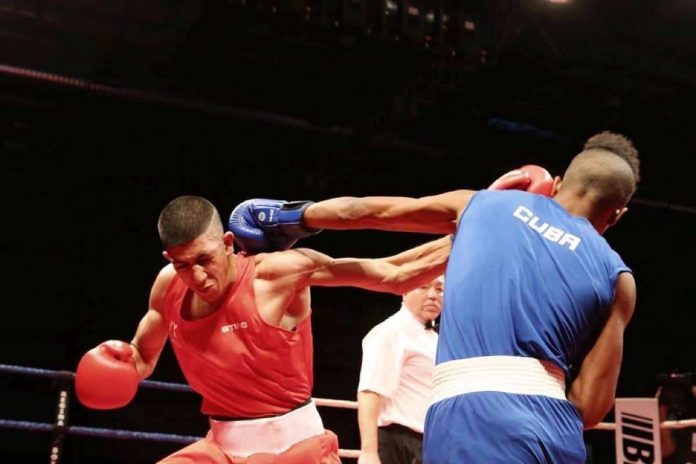 THE 18-year-old from Surrey was signed to the team at the end of April, when he won the Canadian National Boxing Championship and earned a spot on the national team. He now fights in the elite men’s 56-kilogram category.

Team Canada was in Regina last month for the Ken Goff Memorial Boxing Classic. The contest is held annually by the Regina Boxing Club and features eight bouts of Olympic-style boxing. The classic is unique in that it is the only competition where Team Canada’s boxers fight as a team.

This year, the internationally renowned Team Cuba faced off against Canada for the first time since the classic began in 1994.

Although this was no easy introduction to fighting for Canada’s national team for Basran, he did not disappoint.

He fought twice against Cuba’s Maikel Yoan Franco Barro, and he won twice — he was the only member of Team Canada to win both his matches.

Basran is now headed to Tegucigalpa, Honduras for the Continental Championships taking place from June 8 to 19.

The Continental is a qualifying event for the 2017 Men’s World Championships. Six competitors in each weight category will face off to determine rankings. The men’s categories will compete in preliminary rounds from June 10–13, with quarter and semi-finals scheduled from June 14—16, culminating in the finals on June 17 and 18.