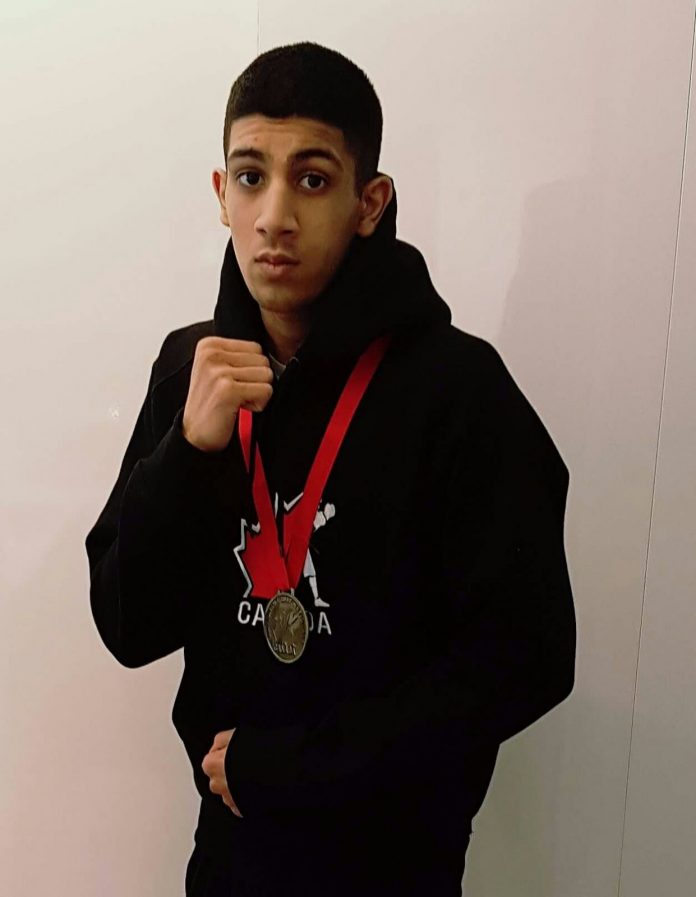 SURREY’S Eric Basran, 18, won his final match of the Canadian National Boxing Championship, making him the 2017 title holder for elite men in the 56-kg category.

Basran, a member of Team B.C. who represents the Queensborough Boxing Club, won his first two matches 3-0 against Kevin Chauvette of Quebec and Giovan Major of the National Team.

The following day, Basran fought Thomas Bloomenfeld of the National Team and won 2-1.

This is the second time Basran has faced Bloomenfeld, former Canadian champion and World Medalist, and won.

During the Ringside World Championships, Basran was only 16, but fought against 17- to 18-year-olds in the highest calibre category for that age group.

At five-years-old “I began martial arts and learned the basic fundamentals which … has helped me to become a better boxer,” Basran said. “Participating in some world tournaments has helped me evolve.”

Earlier this year, Basran won gold at the 2017 Oregon Golden Gloves boxing tournament, but was unable to advance to the national championships in Las Vegas as he was Canadian and therefore not eligible according to the tournament rules.

He then set his sights on this year’s Canadian boxing championships, which took place from April 24–30 in Quebec.

Next on his list is the 2020 Olympics, where Basran hopes to compete against some of the world’s top amateur boxers.

Following the championship, Basran found out he made the National Team. Basran will be competing in the elite male 56-kgdivision, the same category he fought in during the Canadian National Boxing Championship.