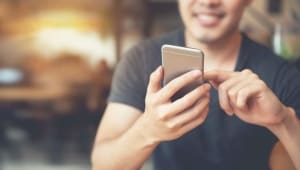 DELTA Police are cautioning the public about an extortion scam which has targeted a number of Delta residents.

Typically a man or teenage male is contacted through social media. An online relationship may evolve through messaging apps, which feature free video calls.

In an instance reported to police on Friday, a man relayed that a conversation with a female apparently residing overseas escalated to the point where the female was showing herself partially undressed, and encouraging the man to reciprocate.

In this instance the female claimed to have recorded the interaction and demanded $1,500 or she would post the video to social media. The female demanded the money be transferred through a digital transfer process commonly available worldwide.

Fortunately, the man reached out to Delta Police and did not transfer any money. Police advised the man to immediately cease contact with the woman. Initial investigation determined the female’s social media account was fake.

“Our officers are cautioning people to be careful when embarking upon online relationships, particularly when the other party lives overseas,” says Cris Leykauf, Delta Police spokesperson. “Taking part in revealing videos is just as risky as sending naked photos, as there is the possibility for extortion.”

There have been at least three recent instances now of this scam reported to Delta Police, and all suspects appear to originate in the Philippines. In the other instances, the victims did not necessarily share any revealing imagery, however they were threatened that their faces would be photoshopped onto other naked photos.

Police caution that should money be transferred in such a situation, it will likely be impossible to recover it.