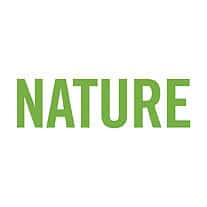 Washington (PTI): Scientists have discovered three new species of toads living in Nevada’s Great Basin in the US, that have been isolated from other populations for 650,000 years and may already be at risk of extinction.

Discoveries of new amphibians are extremely rare in the US with only three new frog species discovered since 1985 – and toad species are even more rare, with the last species discovered north of Mexico, the now extinct Wyoming toad, in 1968.

“We’ve found the toads in small, wet habitats surrounded by high-desert completely cut off from other populations,” said Dick Tracy, professor at University of Nevada in the US.

“These are absolutely new, true species that have been separated from other populations for 650,000 years,” said Tracy.

They were found in Tracy’s 10-year long survey of the desert-dominated Great Basin.

The toads are small in size, yet each have a suite of unique physical features that differ from each other, as well as other toads in the region.

Each of the species have slightly different colours, and they are about two inches long when full grown.

“The Dixie Valley toad is a pretty toad, with flecks of gold on an olive background,” said Tracy.

The Dixie Valley toad is only found in an isolated spring-fed marsh which make up less than four square miles surrounded by an arid region where aquatic resources are both rare and widely scattered.

The habitat occupied by this newly described species is also adjacent to a proposed site for a geothermal power plant that could dry up the marsh and threaten the toad’s survival.

“If this power plant goes in and the habitat is dried up, this recently discovered species could go extinct,” Tracy said.

“It’s a good candidate for an Endangered Species Act listing,” he said.

The Dixie Valley species has the smallest body size among the region’s complex of related species in the western US, and can be further diagnosed from other toads in the complex by the large glands on its hind legs in addition to its distinctive colouration.

All three new species are natives of the Great Basin in Nevada, which was once covered by large marshes and giant inland lakes during the Pleistocene Epoch and is now among the most arid regions in the US with only one per cent of the landscape containing water.

The findings were published in the journal Zootaxa.