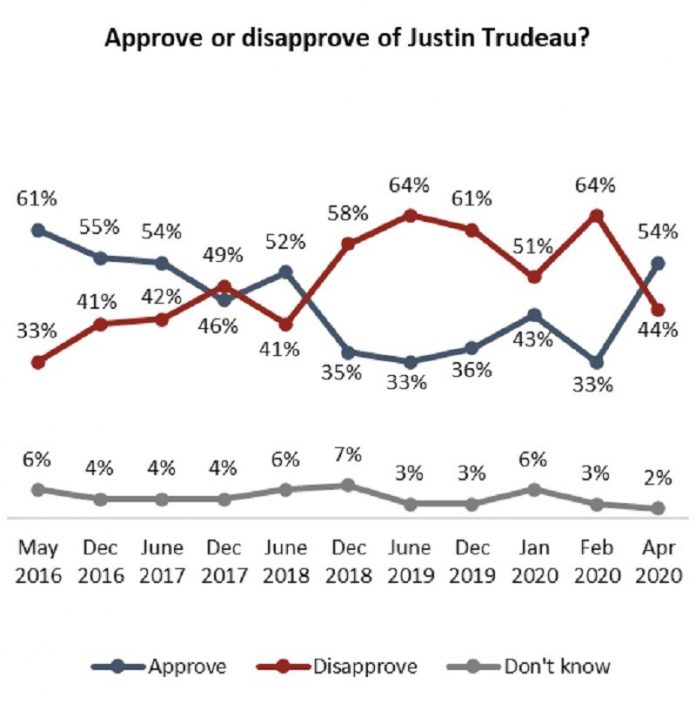 MORE than one month into an unprecedented national shutdown due to the COVID-19 outbreak, Prime Minister Justin Trudeau’s front-and-centre presence at daily briefings has caused his approval ratings to do something they have not done in nearly two years: crack the majority mark.

The latest study from the non-profit Angus Reid Institute finds 54 per cent of Canadians now endorse him, a 21-point increase since the end of February.

While the Institute acknowledges the chance of a snap election call to replace this minority government anytime soon is almost-nil – it is worth noting that Trudeau’s recent surge in popularity does not necessarily translate into a significant advantage for the fortunes of the Liberal Party among would-be voters.

The governing party is now in a statistical tie, holding a slight advantage over the opposition Conservative Party (29% to 27%). A considerable group of Canadians say they are not sure who they would support if an election were held (16%). Looking only at decided voters, the Liberals lead by three points: 36 per cent to 33 per cent over the CPC.