Home Events Vancouver Festival of Ocean Films announces official film selection
Facebook
Twitter
WhatsApp
Email
Vancouver: The Vancouver Festival of Ocean Films is back for its 8th year on June 4, presenting a selection of short- and feature-length documentaries that focus on the ocean and the important role that this resource has in supporting healthy and prosperous communities and economies.
This year, marine experts and filmmakers will lead Q&As after each screening, and there will be a panel discussion (starting at 6:30pm) on cross-border marine protection, with experts from Canada and the United States.
“Oceans are a bellwether for the planet’s health and they’re extremely important for our communities, but we often need to appreciate something in order for us to work to conserve it, and before we can value something that’s in danger, we have to first understand it,” says Christianne Wilhelmson, executive director of Georgia Strait Alliance. “By hosting this Festival for World Oceans Day, we’re showing that the ocean needs to be cared for as a place for adventure, sport, resource management, economic development, and enjoyment.”
This year, the Festival is also highlighting the Pacific Northwest’s Orca Awareness Month in June by presenting Sonic Sea, a feature film that investigates the impact that human-made noise is having on whales.
“We’re urbanizing our coastal waters,” says Michael Jasny, Senior Policy Analyst at the Natural Resources Defense Council (NRDC), which co-produced Sonic Sea. “BC’s resident orcas are struggling right now for their survival, and all the noise we’re producing just off our shores is making it harder and harder for them to live.”
The Festival takes place on Sunday, June 4 at the Vancity Theatre. There are two screenings: 3pm and 7:30pm, with Q&As at 5:30pm and 9:30pm. The panel discussion on coastal waters begins at 6:30pm. Tickets are $15 for a single screening, or $25 for the double header.
Net profits will be donated to Georgia Strait Alliance to assist with the organization’s mission to protect and restore the marine environment, and promote the sustainability of the Strait of Georgia, its adjoining waters and communities.
Tickets
Single screening: $15 | Double header: $25
PURCHASE TICKETS ONLINE
About the Vancouver Festival of Ocean Films
The Vancouver Festival of Ocean Films is dedicated to the issues, personalities and sports of the world’s oceans. The goal is to increase awareness about relationships with oceans, while educating and motivating audiences: www.georgiastrait.org/vfof
About Georgia Strait Alliance
The non-profit conservation organization collaborates with individuals, businesses and government to protect and restore the marine environment, and promote the sustainability of the Strait of Georgia, its adjoining waters, and communities: www.georgiastrait.org
Attachments area
Preview YouTube video Atlantic (Trailer) 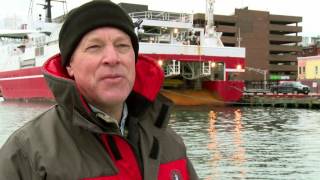 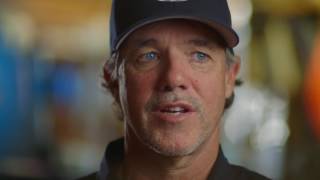