THE World Sikh Organization of Canada said on Tuesday that it is disturbed by allegations of racism made by a young Sikh player at the Vancouver Mainland Football League (VMFL).  Arjun Singh Sran, 15, was subject to racist taunts and bullying during a game. Although repeated attempts have been made to have address the issue, the VMFL has failed to properly investigate or hold those responsible accountable.

Arjun, a player on the Cloverdale Leopards football team was subject to racist taunts during a game on October 23, 2016, against the Coquitlam Chargers.  During the game, Arjun was repeatedly held back by the opposing team’s players and his complaints to the referee were ignored.  During the last play of the game, Arjun was again held back and was told “look at the scoreboard you f–king terrorist”.  Another player told Arjun “go back to your country”.  After the game, rather than acting against the players who made these racist comments, a referee told Arjun “If they say something like that, you should be the better man and not say anything”. 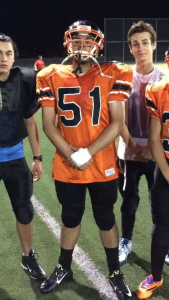 Following the game, Arjun made a complaint to the BC Community Football Association of which the VMFL is a member.  The WSO also repeatedly followed up with written correspondence to both the VMFL and BCCA but to date there has been no attempt to hold those responsible for racist behaviour accountable or to speak with Arjun about the incident.

Arjun said, “I don’t want any other player to have to go through the racist treatment I received during the game on October 23, 2016.  I tried to have the VMFL act on my complaints but they haven’t been cooperative or even asked me what happened.”

WSO Senior Policy Advisor Gian Singh Sandhu said: “We are disappointed that such serious allegations of racism in the VMFL have not been taken seriously.  It is shocking that a player could be subject to such treatment and taunts but told he should be ‘the better man’.  It is incumbent on the VMFL to hold those responsible for racist behaviour accountable and to ensure that our youth have a safe and accepting place to play the game of football.”

The WSO said it will be working with Arjan on further steps to address this issue. 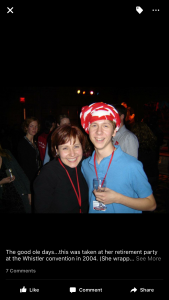 INCIDENTALLY,  B.C. Premier Christy Clark herself reportedly made a “terrorist” remark while mocking a turban. The VOICE recently received a photo taken from a now deleted Facebook post of Robert Boyd, former federal Conservative candidate from Saanich-Gulf Islands in 2015, that showed Clark and Boyd after she quit politics back in 2004.

The post read: “The Good ole days… this was taken at her retirement party at the Whistler convention in 2004.  (She wrapped the Canadian flag scarf around my hed [sic] and called me a terrorist…we were still laughing about that as the camera clicked.) November 15, 2004”
That itself shows the kind of racist hypocrisy there is in B.C.!

(The VOICE first carried this news on Clark on May 8).