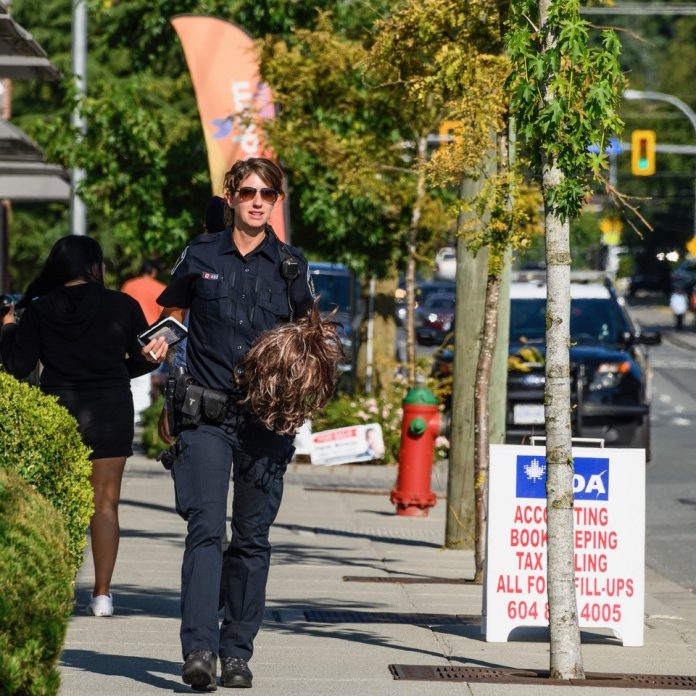 ON Wednesday at 5 p.m., a lone female wearing a wig, sunglasses and dark clothing entered a clothing store in Abbotsford’s Cedar Park Place. The sales staff were suspicious of her actions and when confronted, she produced a firearm and threatened the staff with it.

The female fled on foot. However, minutes later she was apprehended by patrol officers less than a block away on Clearbrook Road.

The firearm was recovered and determined to be an imitation.

Brianna Gray, 34, remains in custody and is additionally charged with two counts of robbery.

“Investigating any violent crime is top priority for AbbyPD,” said Abbotsford Police Inspector Jason Burrows, the Officer in Charge of the Patrol Division. “Arresting someone that is using a firearm or imitation during a violent event exposes the public, police, and even the suspect to greater risk.”

Gray remains in custody on these charges. Her next court date will be be August 15.

Abbotsford Police looking for Jason Bryant in connection to robbery