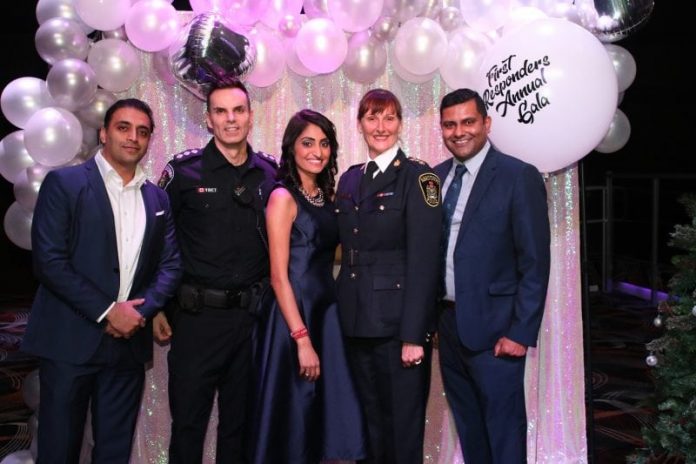 A first responders gala was organized by Shanjeelin Dwivedi and her brother Anish Dwivedi to show first responders that the community cares about them and that they are very much appreciated. The event was attended by members of BC Ambulance Services, Abbotsford Police Department and Surrey RCMP.

One in three officers is dealing with post traumatic stress disorder while on the job. In 2015 there were 40 suicide cases of first responders in Canada out of which 13 were in B.C.

The organizers have committed to making this into a annual event where first responders and their spouses will be invited to attend at no cost to them. The idea behind this event is to show appreciation and also for first responders to network and connect so that if need be they are able to reach out for peer-to-peer counselling.