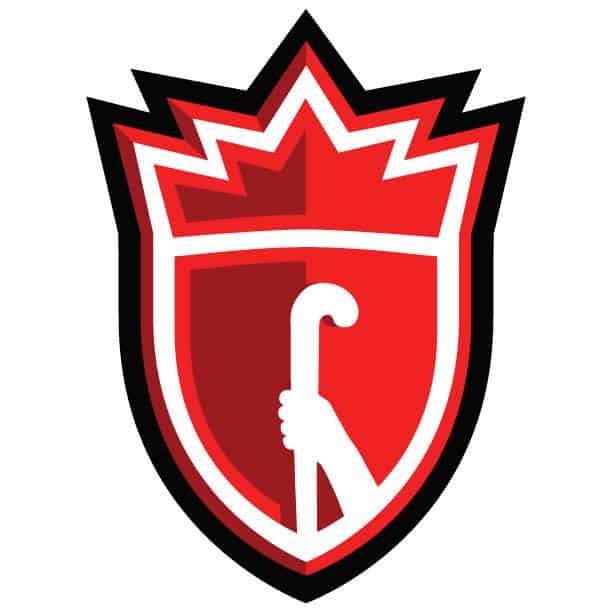 LONDON, ENGLAND: It was not impossible, but highly improbable. And yet, Canada’s men’s field hockey team has come up with another historic win at the World League Semi-Finals, coming back from a 2-1 deficit in the second half and beating sixth ranked India 3-2 to finish in 5th spot and qualify for the 2018 World Cup.

Two years after upsetting 7th ranked New Zealand in the 2015 quarterfinal match, 11th ranked Canada came up with another win for the ages Sunday at the 2017 Hockey World League Semi-Finals in London, beating India in a major competition for the first time since a 4-1 win nearly twenty years ago at the 1998 World Cup in the Netherlands.

“We stuck to our game plan, we got a little bit of luck in a couple areas, and our goalkeeper was fantastic,” said Men’s National Team Interim Head Coach Paul Bundy after the win.

“We’ve worked so hard, we’re a really small, tight knit community and I think it’s going to mean a lot to Canada.”

Gordon Johnston scored twice, including the game-winner on a backhand shot in the 44th minute, and goalkeeper Antoni Kindler had a career-defining match, playing particularly well in the second half, holding off the Indian attack and preserving the win.

“It was an all around great team performance,” said Kindler, who was making only his second start of the competition. “We came out with one goal and that was to get the win from today and mission accomplished.”

“It’s something that we take a lot of pride in,” Kindler added. “We obviously had a statement game at World League 3 two years ago to qualify for the (2016) Olympics. Since that time we’ve been talking about we’re due for another statement game.”

This was that game for the Canadians, who finish 5th – in line with their ranking in the tournament and ahead of higher ranked India – but more importantly pick up the fifth of five tickets given out in London to next year’s World Cup in India.

They join host England, Malaysia, Argentina, and the Netherlands as the five teams that earned a 2018 World Cup spot by finishing in the top five in London.

For Johnston, the two-goal performance gives him a total of five on the competition, tying him with Canadian captain Scott Tupper for the team lead.

“Our guys worked so hard, we got a lot of chances today, and we buried them,” said Johnston, who represented Canada the 2016 Olympic Games in Brazil and will likely be a shoe-in for the Canadian roster at next year’s World Cup.

“The last one we were at was 2010,” Johnston added.  “Eight years I’ve been dreaming to get there, so its a dream come true.”

Sunday’s game had an ideal start for Canada, which withstood early pressure from India before scoring the game’s first goal in the 3rd minute when Johnston scored his first of two goals on a penalty corner.

India tied the game in the 7th minute and then took the lead in the 22nd minute. Both goals were scored by Harmanpreet Singh on Indian penalty corners.

Kindler was required to make a handful of strong saves before the end of the first half, the highlight of which came in the 26th minute when he wished out to make a sliding save on Talwinder.

Down a goal and with a spot at the World Cup on the line, Canada came out with more energy in the second half and nearly scored in the 32nd minute when Gabriel Ho-Garcia setup Iain Smythe at the side of the goal, but the ball eluded the veteran forward.

After Kindler stopped Harmanpreet on a heavy drag flick in the 36th minute, Canada found an equalizer in the 40th minute.

Veteran Mark Pearson dribbled along the baseline before finding Keegan Pereira in front, where he quickly stopped the ball and deposited in the Indian goal to tie the game 2-2.

Then, Kindler kept the game tied with a quick stick save after teammate John Smythe deflected the ball on his own goal in the 41st minute.

The save proved to be crucial, as only minutes later Canada took its first lead of the game.

Pearson earned a penalty corner and after Johnston’s drag flick attempt was stopped, he picked up the ball in the circle and fired the backhand, and eventual game-winner, in the Indian goal.

Canada defended well in the fourth quarter, but India had a chance to tie the game when Mandeep had a ball bounce to him at the top of the Canadian circle, where he quickly let go a reverse shot that Kindler saved with his mask.

That save was high best and most important, as it kept Canada ahead and let them to the 3-2 victory.

CLICK HERE FOR MORE ON CANADA AT THE 2017 MEN’S HOCKEY WORLD LEAGUE SEMI-FINAL IN LONDON.