VIKAS Swarup is the internationally renowned writer whose debut novel “Q&A” was the basis of the Hollywood movie Slumdog Millionaire which won eight Oscars.

He is also the Indian High Commissioner to Canada.

Last Sunday, Swarup met with prominent Indo-Canadians of the Lower Mainland at a reception at a banquet hall in Surrey’s Newton area. The 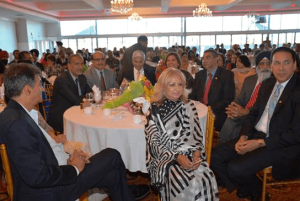 Newton, Swarup held the audience spellbound as he waxed eloquent about India and Indians living in Canada and other countries. He stressed that he was here to listen to all Indo-Canadians, encouraging unity.

He said that India’s main export was not some commodity but Indians themselves – they were all ambassadors of India. He heaped praise on 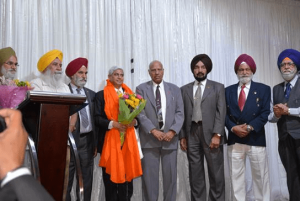 the outstanding achievements of Indians in Canada in every field – business, politics, academia and so on. He noted that no other country in the world had so many federal ministers, including two turbaned Sikhs, MPs and MLAs of Indian-origin.

He rattled off facts and figures to show the enormous potential of India-Canada relations. He 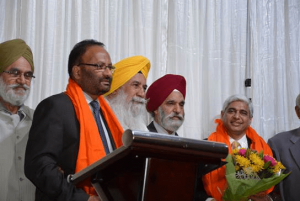 promised that he would make many more visits to listen to Indo-Canadians here.

Both Swarup and Amar Jit Singh were honoured at the reception.

Besides penning “Q&A” on which the movie Slumdog Millionaire was based, he has written Six Suspects and The Accidental Apprentice.

Swarup’s short story “A Great Event” was published in The Children’s Hours: Stories of Childhood, an anthology of stories about childhood to support Save the Children and raise awareness for its fight to end violence against children.

He has written for Time magazine, Newsweek, The Guardian, The Daily Telegraph (UK), Outlook magazine (India) and Libération (France).

(Sources include India’s Ministry of External Affairs and Wikipedia)